Ex-Monkee Peter Tork has died at age 77. I’m glad he lived a relatively long life and enjoyed a degree of financial comfort, but God, the poor fella — famous in the mid to late ’60s (actually ’66 to ’71) for being one of the ignoble Monkees, but eternally branded, despite having worked as an actual musician, as a kind of buffoon — an amiable performer who’d forever be tainted as a sell-out.

Tork’s Wiki page: “Stephen Stills had auditioned for the new television series about four pop-rock musicians but was turned down because the show’s producers felt his hair and teeth would not photograph well on camera. They asked Stills if he knew of someone with a similar ‘open, Nordic look,’ and Stills suggested Tork audition for the part. Tork got the job and became one of the four members of the Monkees, a fictitious pop band in the mid-1960s, created for a television sitcom written about the fictitious band. Tork was the oldest member of the group.”

The last time I gave a thought to former Monkee Davy Jones was a year or so ago in Manhattan. I was walking south on Eighth Avenue when I happened to notice he was doing a live show in a modest venue near the corner of 42nd Street. I remember thinking to myself, “Well, it’s a gig at least.” 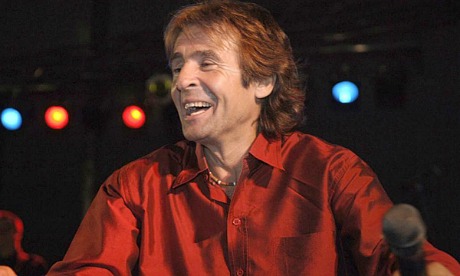 It was reported about a half-hour ago that Jones, 66, has died of a heart attack in Florida.