There’s something about legendary actresses of a certain age and little white dogs. Specifically those of a Coton de Tulear pedigree.

Barbra Streisand so loved Samantha, her late Caton de Tulear, that she had her cloned and is now living with two Samantha duplicates. Jane Fonda has a 14-year-old Coton de Telear (a girl), and never goes anywhere without her. And today, for her sitdown with Leonard Maltin, Santa Barbara Film Festival award recipient Glenn Close brought Sir Pip (aka Sir Pippin of Beanfield or Pip Close) on stage with her.

Pip is a shameless exhibitionist. While Close was standing at the stage-right lecturn and delivering her “thank you so much” remarks, Pip strolled in front of her and rolled over three or four times. The audience approved.

Did I mention that Close is 100% locked to win the Best Actress Oscar? Have I reminded the readership lately that I was first blown away by her performance at the 2017 Toronto Film Festival? And that earlier in the season more than a few award-season cognoscenti (including Indiewire‘s Anne Thompson) had been somewhat cool to the idea of her winning. And that she cinched her Oscar win with that great Golden Globes acceptance speech? And that…okay, I’ve said it. 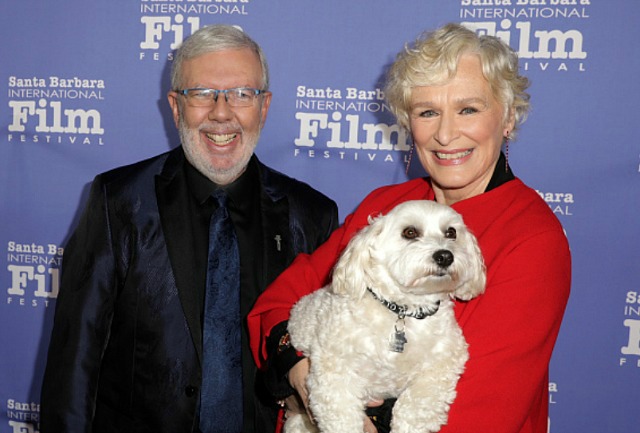