Song of the Self

Here are two riffs from Owen Gleiberman‘s review of Rob Garver‘s What She Said: The Art of Pauline Kael. Why the review is appearing now after premiering five and a half months ago at Telluride is a head-scratcher, but it’s one of Gleiberman’s most assured, best-written raves. Plus he really knows what he’s talking about:

Excerpt #1: “We hear an excerpt from one of the Bay Area radio broadcasts that won Kael her first real following. The review, of Hiroshima Mon Amour, is captivating in its balloon-puncturing derision, but what’s priceless is the voice: honey-smooth and insinuating, with an echo of Hollywood’s wisecracking broads of the ’30s, her silky enunciation used as a weapon, all held together by Kael’s conspicuous joy at turning film reviewing into a performance.

Excerpt #2: “That’s what Kael made criticism — a prose version of performance art, a song of the self. And why not? The movies themselves demanded nothing less.”

Excerpt #3: “What She Said captures the unique intersection of a fearless critic, a movie renaissance, and a time when a mainstream writer could seduce and challenge her audience by operating with supreme freedom. That was the glory of Pauline, the unhinged liberation of every idea and feeling she shared. Reading her, what you got addicted to was her freedom of thought. That was Kael’s art, and “What She Said does a fantastic job of channeling it.”

HE review from Telluride, posted on 9.2.18: “I was hoping that Rob Garver‘s What She Said: The Art of Pauline Kael, which I saw three nights ago, would deliver some degree of enjoyment.

“It’s much better than that. I found it wonderfully alive and attuned, electric, bracingly intelligent, well-honed and about as spot-on as a doc of this sort can be.

“If you’ve any passion for film or particularly the glory days of personal-vision American cinema (late ’40s to early ’80s), this is essential viewing and a whole lot of fun to sit through.

“Filmed four years ago, Garver provides a rush of immense comfort and stimulation with perfectly timed, just-right film clips and talking-head dialogue to explain and depict what was going on in the legendary critic’s life and head over a half-century period. The effect, for me, is ecstatic. Razor sharp and smooth as silk and yet always with a drill bit…it goes right into the whole novelistic tumult and miasma of that wonderful period in film criticism (’60s to early ’80s)…making sense of it, cleaning it up and making it all perfectly understood.”

Gleiberman’s review says that What She Said, which is being handled in some capacity by 29 Pictures LLC, opens on 2.10.19 — i.e., today. I’m told it actually has no distributor at this stage. 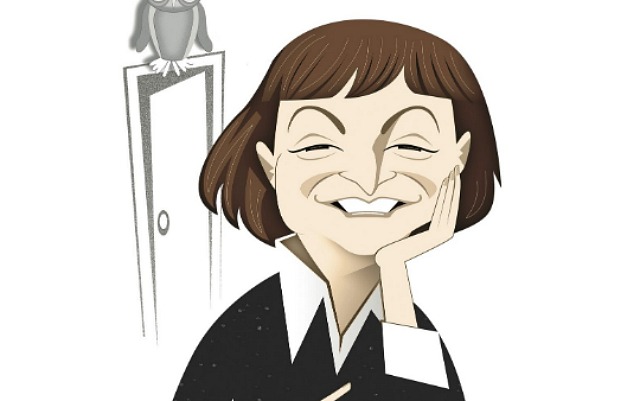