Everyone knows that Spike Lee suffered a devastating career episode when arguably his best film, the racially charged Do The Right Thing (’89), which had won Best Picture awards from the Los Angeles Film Critics Association and the Chicago Film Critics, was denied a Best Picture Oscar nomination.

The ’89 Best Picture nominees were Driving Miss Daisy, Born on the Fourth of July, Dead Poets Society, Field of Dreams and My Left Foot. It seemed like a horrendous oversight to many that Lee’s film, which delivered profound racial truths, was blown off. Adding insult to injury (at least in Lee’s mind) was the fact that Driving Miss Daisy, universally regarded as a white person’s comfort film about racism, won the Best Picture Oscar.

That win and that snub has seethed in Lee’s mind ever since. I listened to him talk about it just a few weeks ago in Manhattan. It’s like “it happened yesterday,” he said. 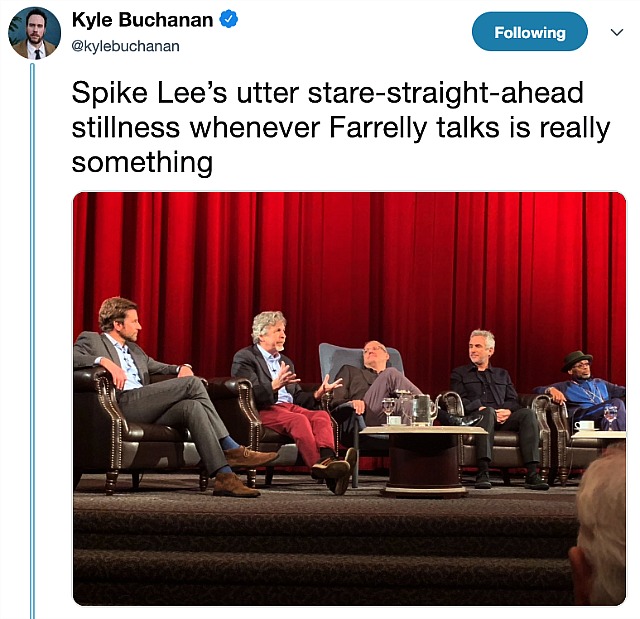