My heart goes out to Variety‘s Kris Tapley. He was part of the overhype that helped kill A Star Is Born‘s Oscar hopes (along with Sean Penn, Robert DeNiro and Warner Bros. publicity chiefs), and he naturally feels badly about that. I feel Tapley’s pain, and to some extent I even share in Bradley Cooper‘s “embarassed” reaction to not being nominated for Best Director. Actually, I don’t — fuck that noise — I just said that to try and be nice. 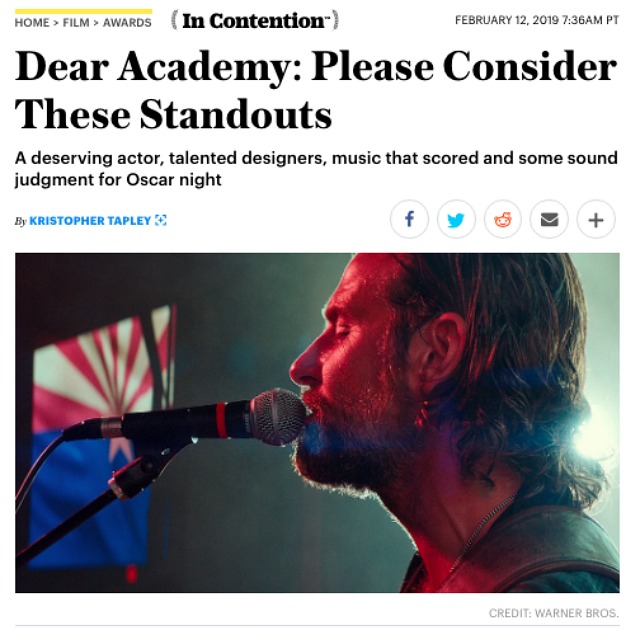 Anyway, earlier today Tapley tried to make it up to Cooper by posting the following:

“Look, if the directors branch so desperately wanted to put the 44-year-old writer-director-producer-actor-songwriter in his place, fine. But, thankfully, his work in front of the camera was remembered, because here’s the thing: It’s the finest lead actor performance of the year. Go back and look at it.”

HE to Tapley: Malek will win, Cooper blew it, end of narrative.

Back to Tapley: “I know it’s sometimes difficult for you to take a performance seriously in the race unless it’s in some prestige biopic (due respect to Christian Bale and Rami Malek, both fine competitors), but Cooper built a character from the ground up and infused it with life. He took an ages-old role that has long been ineffective, because the character was just so damn petty and unlikable in previous versions — and gave it real warmth and dimension.”

So when he comes back with his Leonard Bernstein biopic, give him another shot. As Best Director and Best Actor.