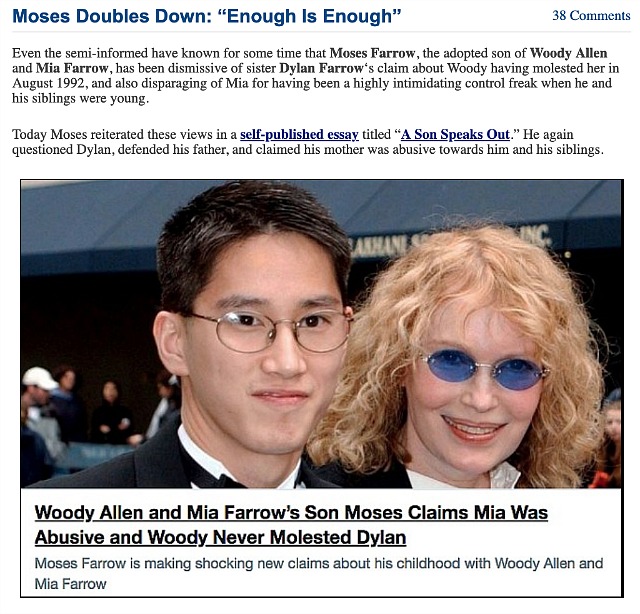 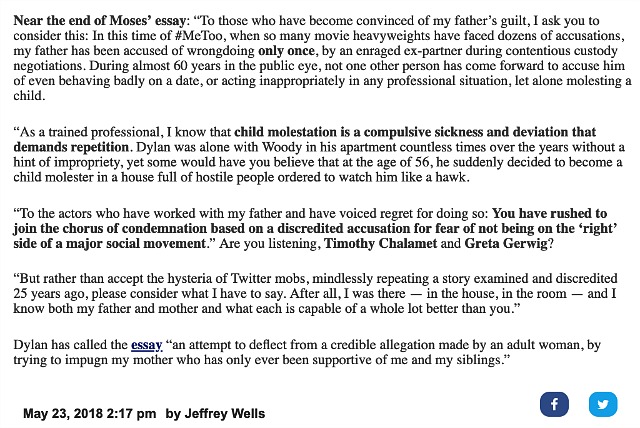 Excerpt from Yale–New Haven Hospital Child Sexual Abuse Clinic report (issued in 1993): “It is our expert opinion that Dylan was not sexually abused by Mr. Allen. Further, we believe that Dylan’s statements on videotape and her statements to us during our evaluation do not refer to actual events that occurred to her on August 4th, 1992.

“In developing our opinion we considered three hypotheses to explain Dylan’s statements. First, that Dylan’s statements were true and that Mr. Allen had sexually abused her; second, that Dylan’s statements were not true but were made up by an emotionally vulnerable child who was caught up in a disturbed family and who was responding to the stresses in the family; and third, that Dylan was coached or influenced by her mother, Ms. Farrow. While we can conclude that Dylan was not sexually abused, we can not be definite about whether the second formulation by itself or the third formulation by itself is true. We believe that it is more likely that a combination of these two formulations best explains Dylan’s allegations of sexual abuse.”

So maybe sometime down the road A Rainy Day in New York will finally be seen. Streamed and Blurayed, I mean. It’ll never be shown theatrically.