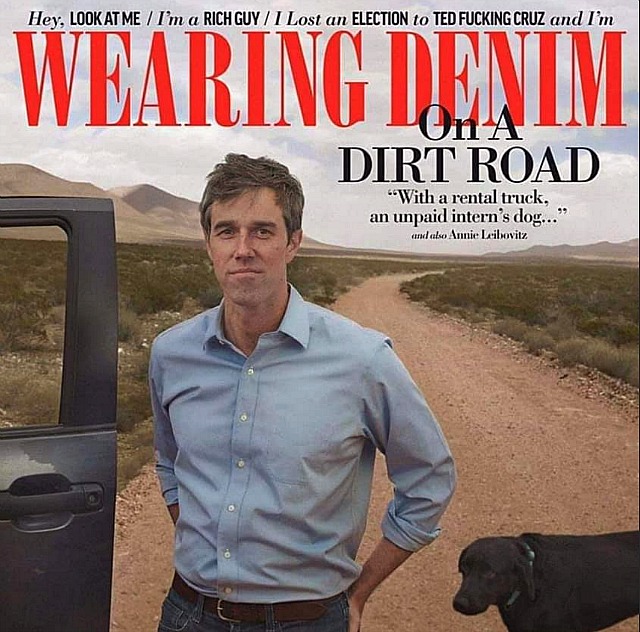 “The 2020 general election won’t be decided by progressives. Or feminists, women of color, millennials. The deciders are going to be moderates and white-working-class Americans. Their vote matters more than anyone else’s because they actually show up to vote. Obama won because he brought out black voters AND white working class in massive numbers.

“Bernie does not have the black vote. Can’t get it. The only one right now who can draw the biggest coalition of voters is Joe Biden. He gets moderates. He gets women. He gets the black vote and white working class. He will get part of the progressives.

“This is why we are fucked for 2020. We don’t have a single candidate who can draw the necessary coalition, plus inspire people to actually come out in record numbers to vote. Being anti Trump clearly isn’t enough. Democrats are fools. Selfish, entitled, ego driven narcissists who do not know how to get the job done. They care only about how they look and feel. They don’t care enough about the environment to suck it up and do what’s necessary to halt greenhouse gas emissions. By now, this is on them, on us, because we’re idiots.

“The progressives scream the loudest but they don’t control the vote. The moderates do. The silent majority. If we offer them expanded socialism, they will continue to vote for Trump.

“Most of our candidates, Biden and Beto being the exceptions, are socialism all the way. I am Team Beto. But I’m also Team Anyone. I think only Biden can win. You haven’t convinced me otherwise.”

My response: “Are you really utterly indifferent to the simple age issue? Biden was born on 11.20.42. It just ISN’T RIGHT to install someone who’ll be a year and three-quarters from 80 by the time of the swearing-in ceremony on 12.20.21.

“A new President with a new agenda can’t be nudging 80 years old. It’s not right. Surely you can see that.

“Biden’s time is NOT NOW — it was 10, 15, 20 years ago. It’s a huge factor. He simply doesn’t fit into the values and mindset of the current zeitgeist.

“Imagine if JFK had never run in ‘60 but suddenly decided to run in ‘87, at age 70. Or in the early ‘90s, when he would have been 75. We all have our destinies, and part of what works for or against us is time and our timetables. You have to strike when the iron is hot, and at best Biden’s iron is room temperature.

“Beto is huge with Latinos but blacks don’t like him? Sez who? Because why…because he’s white?”