Candid talk doesn’t get much blunter than in Andrew Goldman‘s q & a session with director Peter Bogdanovich (Vulture, 3.4.19). It’s the kind of interview that almost never happens — the kind in which the interview subject says exactly what he thinks. Exactly as in “fuck it, I don’t care.”

The hovering ghosts of Billy Wilder and Hugh Hefner have read the article and are shaking their heads in disapproval.

Bogdanovich, 79, is now living “in a modest ground-floor Toluca Lake apartment he shares with his ex-wife Louise Stratten and her mother, Nelly Hookstratten,” Goldman informs. “Bogdanovich is noticeably frail as he recovers from a fall he suffered while at a French film festival, where he collected a lifetime-­achievement award; he shattered his left femur.”

I’m very sorry for Bogdanovich’s misfortune — nothing cracked or broke after my fall in the Sierras, but I know what it feels like to have nagging pain as a companion.

By the way I’m feeling much better now. My back ribs still ache slightly but a lot less than before. I can walk around like a normal person now, and it doesn’t kill me to get up from the couch or my bed. 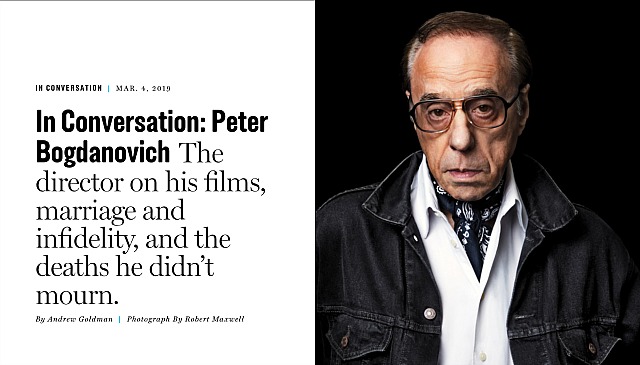 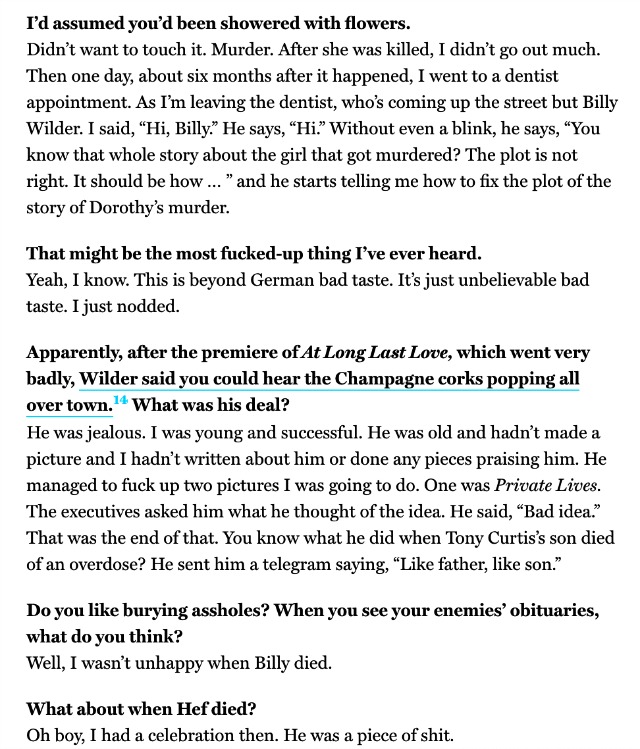