“Captain Marvel might be the first blockbuster movie whose animating idea is fear. Every page of the script betrays terror of what people might say about the film on social media. Give Carol Danvers a love interest? Eek! No, women can’t be defined by the men in their lives! Make her vulnerable? OMG, no, that’s crazy. Feminine? What century are you from if you think females should be feminine?

“Toward the end of the movie, when a villain preparing for an epic confrontation with Carol, the fighter-pilot-turned-Superwoman, chides her that she will fail because she can’t control her emotions, there is no tension whatsoever. We’ve just spent two hours watching her be utterly unfazed by anything. Giving Carol actual emotions would, of course, lead to at least 27 people calling the film misogynist on Twitter, and the directors Anna Boden and Ryan Fleck are petrified of that.

“Just to be completely, unerringly, let’s-bubble-wrap-the-universe safe, Boden and Fleck decided to make Danvers stronger than strong, fiercer than fierce, braver than brave. Larson spends the entire movie being insouciant, kicking butt, delivering her lines in an I-got-this monotone and staring down everything with a Blue Steel gaze of supreme confidence.

“Superheroes are defined by their limitations — Superman’s Kryptonite, Batman’s mortality — but Captain Marvel is just an invincible bore. The screenplay by Boden, Fleck, and Geneva Robertson-Dworet, with a story by the three of them plus Nicole Perlman and Meg LeFauve, presents us with Brie Larson’s Carol being amazingly strong and resilient at the beginning, middle, and end. This isn’t an arc, it’s a straight line.” — from “Captain Mary Sue,” by Kyle Smith. 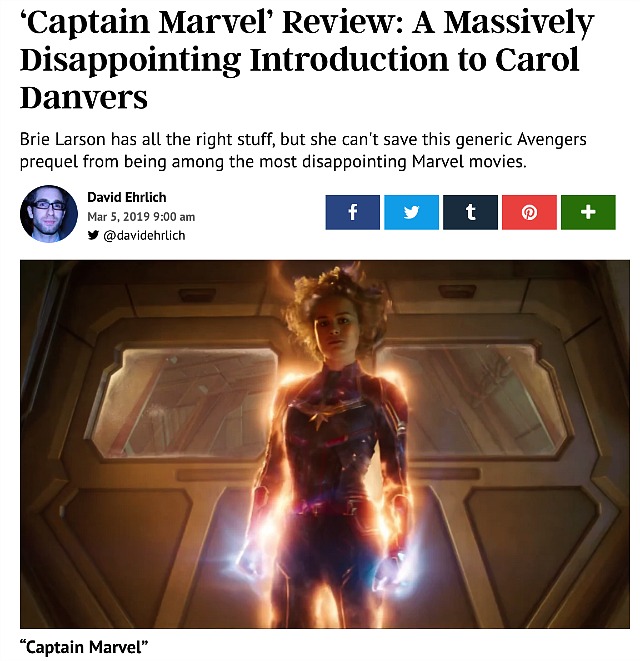 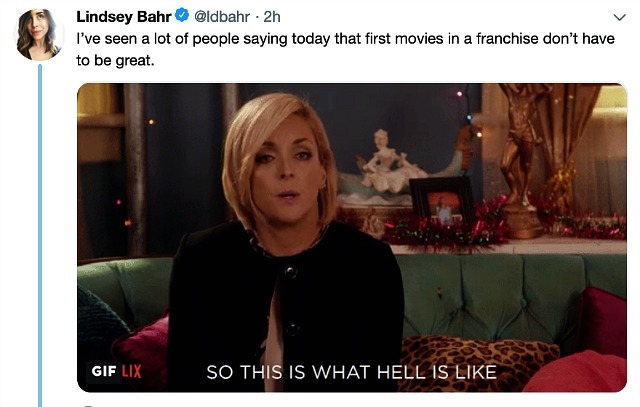