Gold Derby‘s Susan Wloszczyna has posted on Facebook that she’s supplied some narrative input to a Tribeca Film Festival midnight doc called You Don’t Nomi, about the initial tragedy and then subsequent rebirth of Paul Verhoeven‘s Showgirls (’95).

Wloszczyna (aka “Susie Woz”) claims that when she was at USA Today, she wrote “the only semi-positive review” of the fabled floparoonie.

Maybe so among mainstream critics, but I wrote a semi-sympathetic piece also in my L.A. Times Syndicate Hollywood column. I insisted that Elizabeth Berkley had delivered a respectably plucky performance, and that the catastrophic response to the film certainly wasn’t her fault.

Berkley got in touch and thanked me for the words of support. A year later we met up at the Sundance Film Festival and exchanged a hug. In ’05 Berkley threw me a couple of ducats to an off-Broadway NYC revival of David Rabe‘s Hurlyburly, in which she costarred with Ethan Hawke. A few years later we ran into each other at Telluride — hey-hey.

On the other hand don’t think I’m some kind of Showgirls gladhander. I’m not.

“I’m sorry but that’s a no-go. Showgirls is just as ghastly and indigestible as it seemed 20 years ago. Almost every line offends in some way, and some of the performances (like Kyle MacLachlan‘s) are somewhere between comically and demonically awful.” 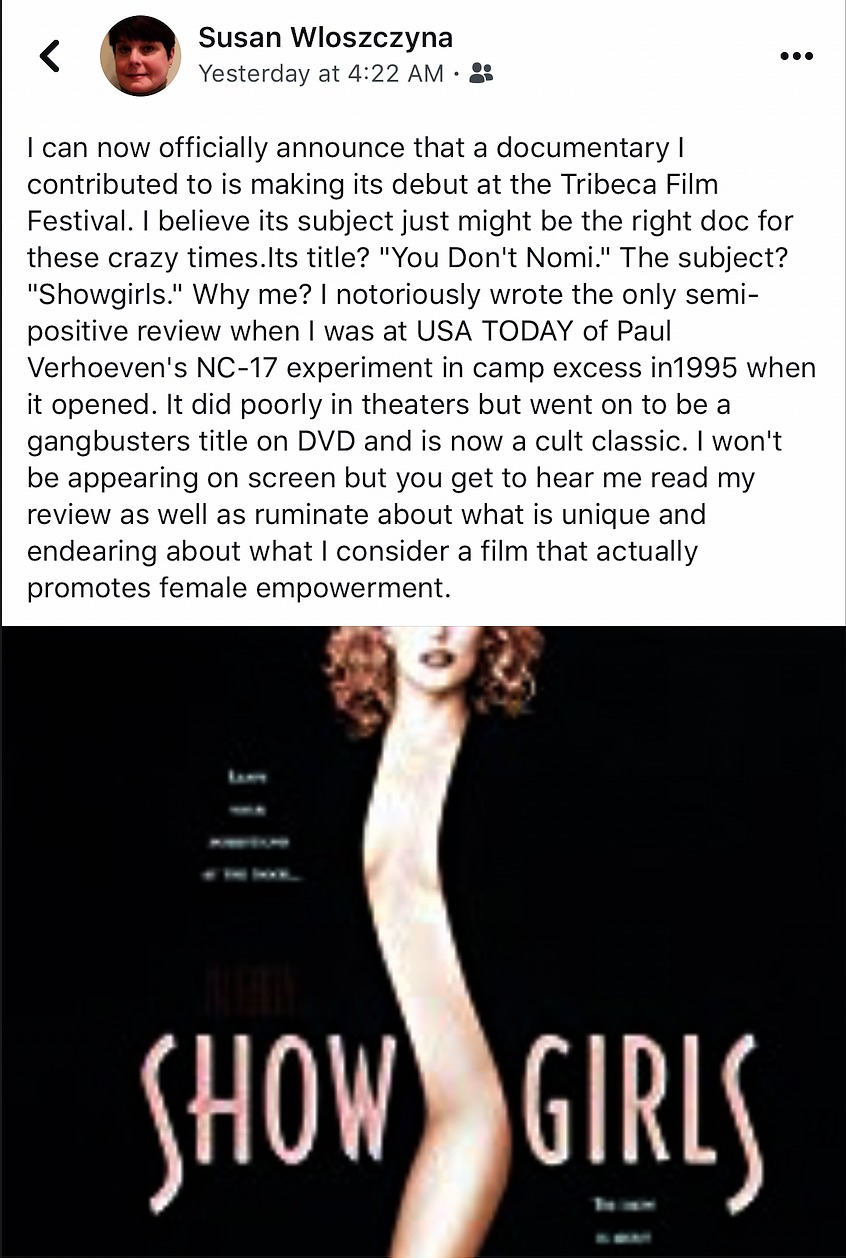