Netflix will debut Ava DuVernay‘s When They See Us, a five-part dramatic reenactment of the 1989 Central Park Jogger case, on 5.31.19. I wrote about the DuVernay project when it was first announced 19 months ago,

Excerpt: “Ken and Sarah Burns‘ The Central Park Five, a 2012 documentary, was one thing (i.e., not without problems but compelling). But a dramatic miniseries will be a whole ‘nother challenge.

“The case was about the assault and rape of Trisha Meili, a female stockbroker, in Manhattan’s Central Park on 4.19.89. Five young black dudes — Anton McCray, Kevin Richardson, Raymond Santana, Kharey Wise and Yusef Salaam — were wrongly prosecuted and falsely imprisoned, only to be exonerated and freed several years later.

“The whole episode was a clear expression of racist hysteria (particularly on Donald Trump‘s part) and institutional corruption.

“Duvernay is nonetheless facing two significant problems in terms of her main characters — one being the bizarre police confessions by the five alleged assailants.

“If DuVernay fudges, sidesteps or fabricates (as she did to some extent with her depiction of Lyndon B. Johnson‘s actions in Selma), she’s going to run into trouble.” 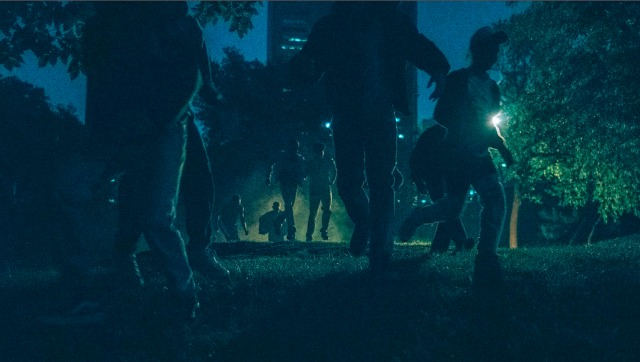 In the below video, which was taped at the beginning of the 2012 Toronto Film Festival, I explained to Stephen Holt what one of the problems was (and probably still is). My riff starts at 4:20 and ends at 7:30.