Once in a blue moon Hollywood Elsewhere will post a portion of an Armond White review, most often because I agree with the opinion. White is a big fan of Craig Zahler‘s Dragged Across Concrete (Summit, 3.22). Here’s a portion of his National Review assessment:

“At last, we have an American filmmaker who has experienced Tarantino and got past it. Zahler’s surprisingly felt art is not predicated on movie violence, even though genre violence is his métier. Despite Zahler’s heightened form of crime fantasy, Dragged Across Concrete presents a strangely naturalistic worldview. Instead of imagining how heartless — or ‘cool’ — mankind can be, Zahler looks for hidden virtues in each situation, no matter how bizarre. 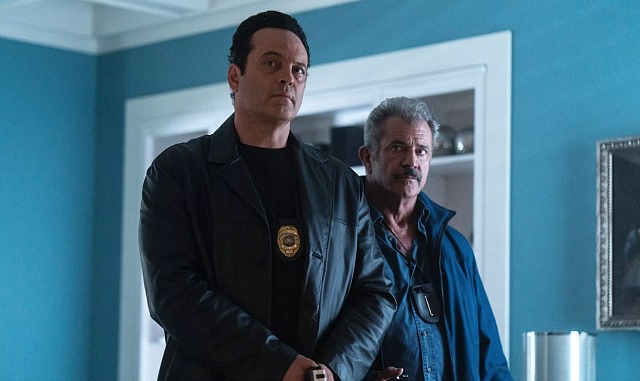 “Most Hollywood movies — post-Tarantino — distract us from viewing American life as a unique experience. Zahler gravitates toward the violent and the outré as comic aspects of American greed and lust.

“But he doesn’t stop there, as Tarantino does. Zahler’s characters are full of yearning (uncorrupted desire and love). That explains the plot digression about an anxious new mother (Jennifer Carpenter) reentering the workforce. Her fate triggers the heroic rescue action that will determine each man’s familial resolve.”

There’s a reason why Dragged Across Concrete has a 76% Rotten Tomatoes rating. The reason is too many p.c. pearl-clutcher critics, all of them complaining that it’s too much of a rightwing fantasy or that it’s too insensitive or too brutal, that it doesn’t move fast enough. Basically reviewing where it seems to be coming from politically above other aspects.