Not Necessarily A Problem

“Directed by Anthony Maras, it’s fairly realistic and well-ordered as far as it goes, and occasionally suspenseful. But tonally it’s like Irwin Allen and Ronald Neame‘s The Poseidon Adventure or Jack Smight‘s Airport 1975.

“You know the type of film I’m describing — an unsettling if somewhat superficial exercise about wealthy people and devoted staffers trying to escape death but with no underlying attitude or undercurrent on the part of the director. This happens and then that happens, etc. The ’70s disaster film that Hotel Mumbai should have tried to measure up to is Richard Lester‘s Juggernaut, but that wasn’t in the cards.” 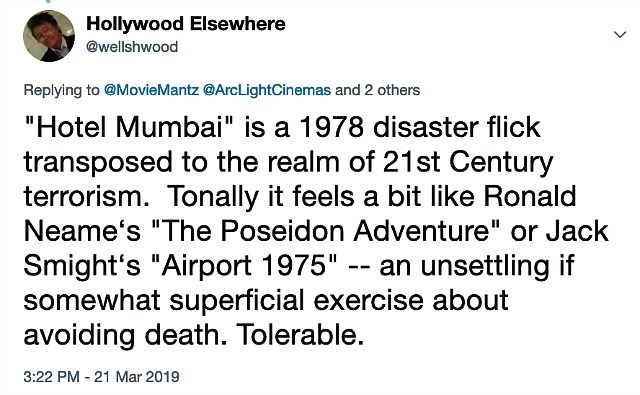