Woody Allen used to play wimpy guys like Casey Davies, except the temporary karate class remedy would be dispensed with in a first-act montage and then Allen would move on to the actual story. Now “the karate class” is the whole thing. You can feel the thin-ness, the micro-focus.

Directed and written by Riley Stearns, The Art of Self-Defense (Bleecker Street, 6.21) costars Jesse Eisenberg, Alessandro Nivola and Imogen Poots. No interest, zip, forget it. That look of intimidation of Eisenberg’s face = later. 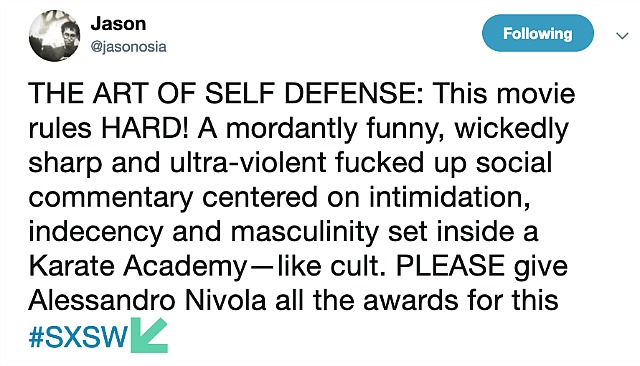