No Way In Hell

The slogan on those Long Shot posters reads “unlikely but not impossible.” Obviously the marketers behind this political-minded Seth Rogen-Charlize Theron romantic comedy (Lionsgate, 5.3) know they have a tough sell on their hands.

Theron plays Charlotte Field, a 40ish Secretary of State planning a run for the White House, and Rogen plays Fred Flarsky, a political journalist whom Theron hires to be her speechwriter, in part because she babysat for him “20 years earlier,” according to one review. 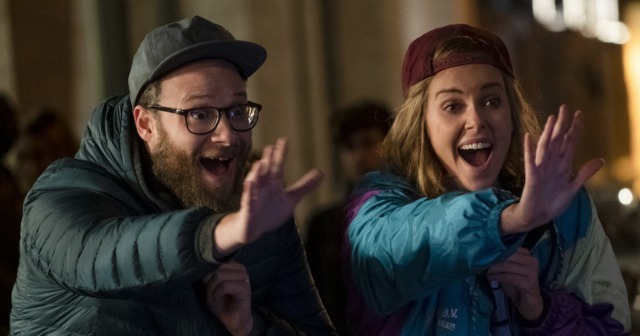 Debruge: “There are two high-concept male fantasies operating here: There’s the one in which a man-child finally gets to seduce the sexy babysitter, interwoven with another about the chances that the country’s most gorgeous/powerful woman — ‘I dreamed I was president in my Maidenform bra’ — might risk it all to be with someone like Flarsky.

“The odds? The movie’s new title says it all.

“More creepy than romantic, more chauvinist than empowered — and in all fairness, funnier and more entertaining than any comedy in months — Long Shot serves up the far-fetched wish-fulfillment fantasy of how, for one lucky underdog, pursuing your first love could wind up making you first man.

“Granted, society’s notion of what kind of romances are deemed acceptable is shifting awfully fast, so I could be wrong about this.. [But] there’s an alarming disconnect [in] whatever unconventional sex appeal Field sees in [Flarsky].

“If the sexes were reversed, Rogen would be the dumpy girl with curly hair and glasses waiting for his mid-movie makeover. But because Flarsky’s a dude, he doesn’t have to change at all; it’s Field who has to make all the concessions to be with him — which would surely be a point of contention in a properly engaged satire.”

HE to Indiewire‘s Eric Kohn about his SXSW Long Shot review: “You left out one small but crucial impression. Did you or did you not fundamentally buy Charlize Theron fucking Seth Rogen?

“HE says ‘no effing way, not happening, not buying it.’ 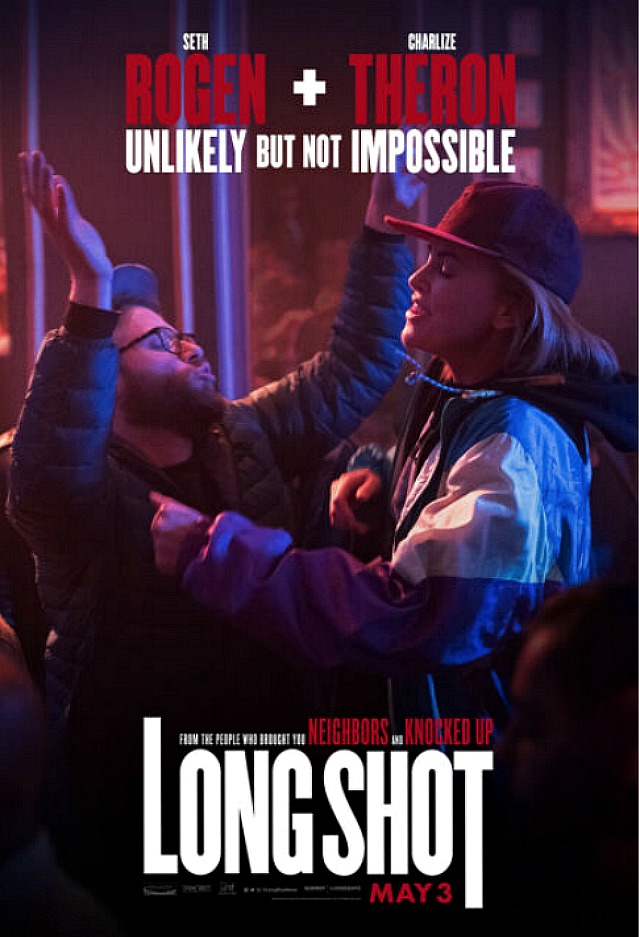 “Birds of a feather flock together, and that means Rogen will never, ever do the nasty with Theron. As in NEVER. Especially with his character’s contrarian journalistic background and the minor, itty-bitty, teeny-weeny fact that she used to babysit for him when he was 12 or thereabouts. And she’s running for President with the entire rightwing Fox News hit squad trying to take her down? And she’s going to start fucking her bearded speechwriter, and perhaps even marry him?

“All good comedies are constructed according to the same rules and regulations as dramas. Just because it’s a ‘comedy’ doesn’t mean you get to throw the reality book out the window. All good movies have to bear at least some resemblance to the world outside (i.e., the realm you re-enter after the movie’s over). All good comedies have to hold dramatic water.

“You may say to me, ‘You’re wrong, Jeff…wake up…Charlize actually falls for Seth and she wants to fuck him and fuse her life journey to his and so on.’ To which I will respond, ‘Okay, maybe but in becoming Seth’s lover Charlize (and I mean the Charlize who still appears in those perfume ads) has permanently sacrificed exotic hottie points.

“From here on I will say to myself, ‘Hey, there’s Charlize in a new movie, cool’…but on the other hand I’ll be muttering, ‘Jesus, it’s so weird that she fucked Seth Rogen in that film…why did she do that?’ I don’t mean Rogen himself, obviously, but a Rogen-esque political journalist who has no cultural clout to speak of, and who makes a teeny-weeny fraction of what Rogen makes in the real world.”

Reply: “Part of the movie’s comedic effect is based around that disconnect. It’s a fantasy.”

When I was a young buck guys who looked and behaved like Rogen never got laid. They tried and tried and struck out every time, and then they went home to their crummy apartments, jerked off and cried themselves to sleep. 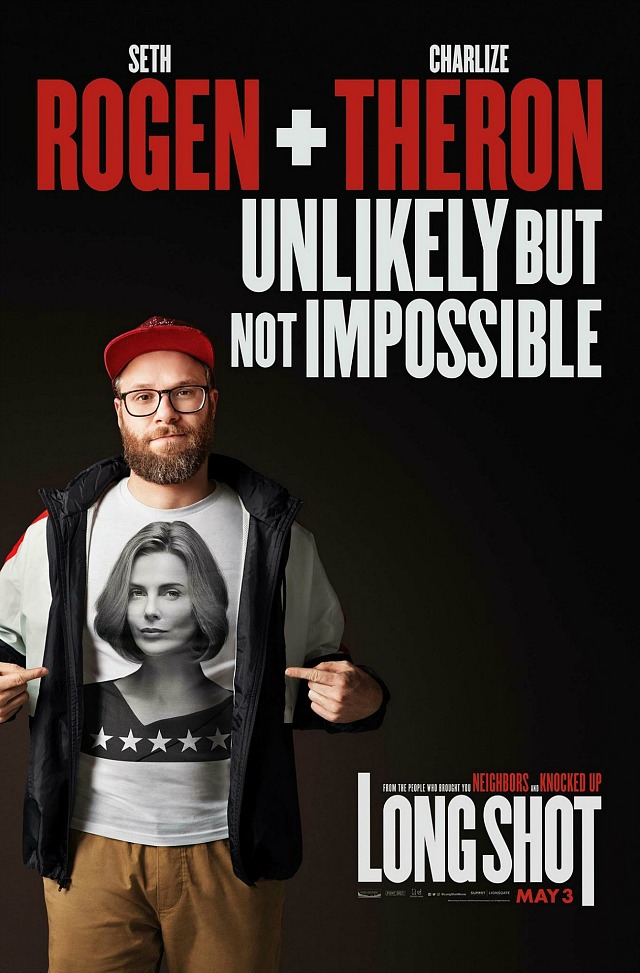