Posted last night by Showbiz411‘s Roger Friedman: “We all want it, believe me. Everybody wants it. But the reality, I am told, is that Quentin Tarantino’s Once Upon a Time in Hollywood is not a lock for the Cannes Film Festival next month. Sony is set to release the potential blockbuster on July 26, but [nine] days from the big announcement of Cannes movies, the word is that the film may be ‘OUT’ for the time being.”

The rumor is that Tarantino is scrambling to finish the editing in time, but, Friedman writes, “it may take longer than April 18th” — Cannes announcement day — “or even May 21st, when it’s supposed to show at Cannes on the 25th anniversary of Pulp Fiction at Cannes.” 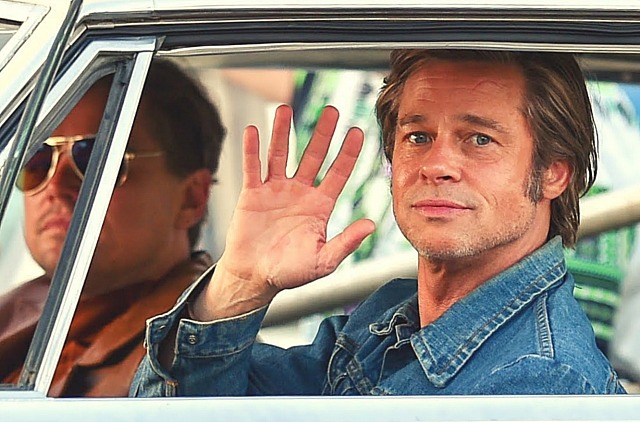 Leonardo DiCaprio’s “Rick Dalton” and Brad Pitt’s “Cliff Booth”, largely based upon Burt Reynolds and stuntman buddy Hal Needham, at a time when TV actor Reynolds was struggling to get into A-level features but without much success.

HE’s take on this? “Not finished in time for Cannes” = Sony management is afraid that Once Upon A Time in Hollywood may get buckshot by Cannes critics and has concluded it’s safer to just open it in July on the strength of the DiCaprio-Pitt-Robbie casting and the 1969 old-Hollywood-nostalgia marketing campaign.

Keep in mind that the main character — Leonardo DiCaprio‘s “Rick Dalton”, a TV actor trying but failing to break into features — is largely based upon Burt Reynolds, who was also trying in ’69 to maneuver his way into grade-A features but who didn’t get there until his starring role in John Boorman‘s Deliverance (’72). Brad Pitt‘s “Cliff Booth”, Rick’s longtime stunt double, is of course based upon Reynold’s good stuntman buddy Hal Needham, who went to directing redneck car-chase movies and who was ironically instrumental in destroying Reynolds’ career in the early ’80s.

Another Reasonable-Sounding Cannes Spitball (previous headline that was scuttled just before noon today):

Submitted by HE correspondent Patrick Devitt, augmented by myself. What needs to be added or eliminated?