Loveless composer Evgeny Galperin, whom I met in Cannes two years ago, says that he “worked” for (presumably composed the musical score for) Kantemir Balagov‘s Beanpole, which will show in Cannes under Un Certain Regard.

Evgeny will be in Cannes for a couple of days to attend the Beanpole screening and, I presume, take a few bows. He assures that Beanpole, a melodrama about two women struggling to survive in the 1945 aftermath of the German siege of Leningrad, is an “absolute masterpiece.” He’s also urging that I see Kirill Mikhanovsky‘s Give Me Liberty, which will screen at Directors’ Fortnight.

Balagov’s controversial Tesnota (Closeness) screened in Cannes two years ago. The 26 year-old director’s decision to include footage from an actual snuff film prompted some press-screening walkouts, and resulted in the ruffling of critical feathers. Todd McCarthy‘s Hollywood Reporter review reflected this reaction.

Tatyana saw Tesnota/Closeness at Telluride ’17. She told Evgeny this morning that she found it “brilliant” and a “true masterpiece” and knew right away that “a new, very talented Russian film director had been born.”

Long Beanpole synopsis via Wild Bunch: “1945, Leningrad. World War II has devastated the city, demolishing its buildings and leaving its citizens in tatters, physically and mentally. Although the siege – one of the worst in history – is finally over, life and death continue their battle in the wreckage that remains. Two young women, Iya and Masha, search for meaning and hope in the struggle to rebuild their lives amongst the ruins.

“26-year-old Kantemir Balagov follows Tesnota, winner of the FIPRESCI Prize at the 2017 Cannes Film Festival, with a powerful period drama.” 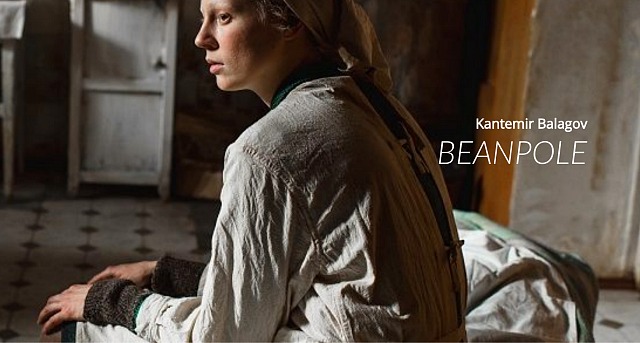