I’ve been unpacking boxes and moving things around, and a couple of days ago I came across this birth announcement. I sent it out to 40 or 50 friends nearly 31 years ago. I forget where I had it assembled, pasted down and duplicated but it was a bit of a project. Something like this today would take two or three hours to write and design on a Macbook Pro, and copies on any kind of paper stock could be handled at any Kinkos. In an odd sort of way it was more satisfying to do stuff like this when it was harder and took more of your time.

Jett became an excellent fellow all around. He’s smarter than me in some ways, and generally more of an adult. He got married a year and a half ago; he and Cait live in Jersey City with Joey (a pit bull) and Luna (a kind of beagle). I don’t see enough of him, but I’m probably not the only father who feels this way. 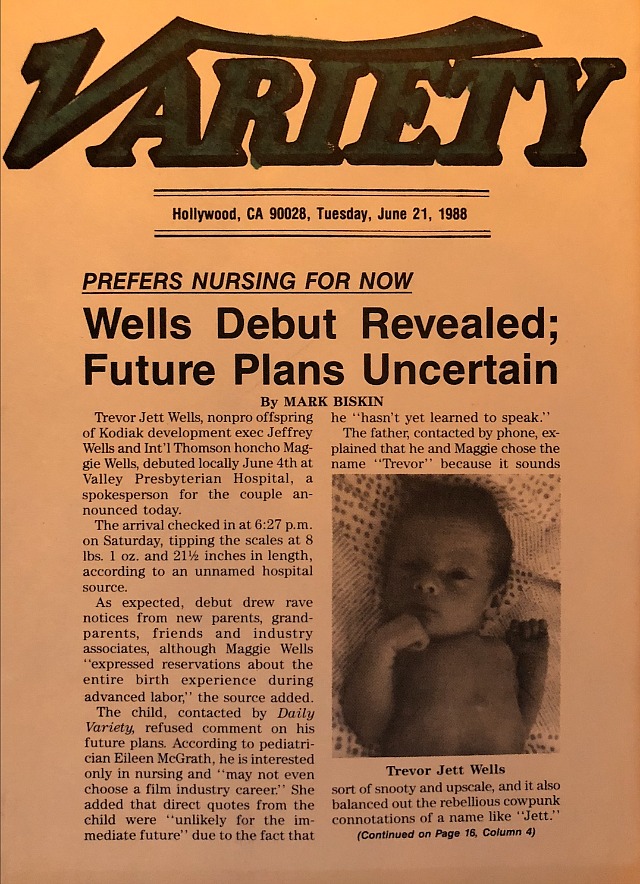