Eric Kohn’s 4.8 interview with Criterion Channel honcho Peter Becker made no mention of image quality whatsoever. 1080p vs. 720p vs. 4K streaming down the road…nothing. Not to mention a concern that HE readers have shared about Filmstruck streaming occasionally choking and stalling.

A few days ago I asked a Criterion spokesperson if the Criterion Channel is going to be 100% 1080p or not. Answer: “Criterion shows the best format they can secure. The overall goal is to connect the audience with the movies they want to see and not let tech requirements keep good films invisible, but that said they always seek out the best format they can find, and when they improve a master they replace the one they have improved upon.” 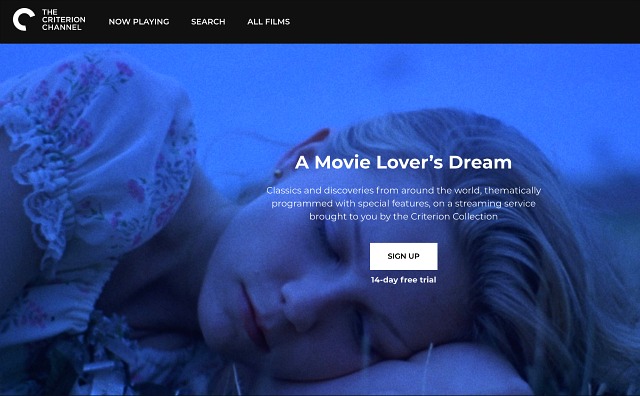 To which I replied, “Got it — the Criterion Channel will presumably offer 1080p for the most part but may sometimes show films at 480p or 720p (‘not let tech requirements keep good films invisible’). They will always seek out the best format they can find, cool — but what about 4K streaming, which other providers offer from time to time?” Answer: “4K is not supported at the moment. We’ll see what the future brings.”

HE followup questions: “One, what percentage of Criterion Channel films are being presented at 1080p (HD)? And what percentage are being offered at 480p (DVD standard)? Two, why aren’t the films being offered with a posted assurance that they’re being streamed at 1080p, when applicable? Failing that, why not a general assurance that all films are in HD except when otherwise specified? And three, what’s the problem with 4K streaming? Does it cost too much or something? 4K streaming is becoming more and more common with other services. And so many Criterion upgrades and restorations have been scanned and restored at 4K.”

The response to the last three questions was that the spokesperson couldn’t offer specific percentages as the Criterion Channel is just starting to launch.

If you’re a Criterion Channel subscriber, please share impressions. What percentage of what you’ve watched seems to be 1080p and how many, if any, appear to stream at 480p or 720p?

Hollywood Elsewhere has yet to pull the trigger on a year’s subscription ($99) to the channel. My reluctance is based upon the fact that I really, really want some of the Criterion films to be streamed in 4K. It’s 2019 — who says “gee, we haven’t gotten around to thinking about 4K but maybe we will down the road”? That answer might have been acceptable in 2014, ’15 or even ’16, but no longer.