The French title of Long Shot is Seduis-moi si tu peux, which means “seduce me if you can.” Which is what Charlize Theron is presumably saying to Seth Rogen, according to French marketers. I haven’t seen the film, but the trailer and the SXSW reviews suggest that Theron, the U.S. Secretary of State, doesn’t play especially hard to get with Rogen’s character, a nervy journalist. So what the slogan is really about is the French marketing team’s inability to handle the idea of Theron and Rogen doing each other. They’re putting themselves in the mind of Theron’s character and saying, “Seth Rogen? A guy who licks his fingers while eating a burrito? No way!” 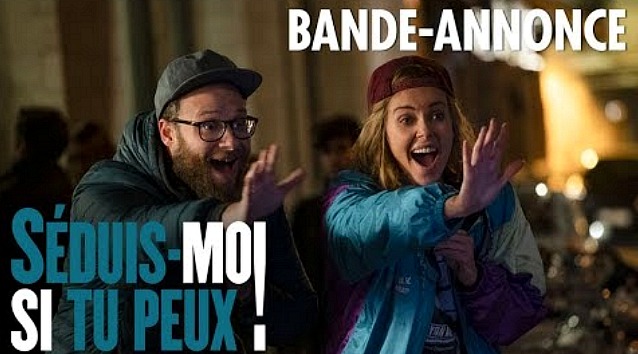