Only days before next weekend’s Tribeca Film Festival showing of the 4K Apocalypse Now: Final Cut, the running time has been changed on the TFF website. Before this turnaround the length of this restored version of Francis Coppola‘s 1979 war classic was listed as 147 minutes; now it’s 183 minutes. Yeah!

TFF spokesperson Tammie Rosen informs that “we had the wrong time on the site, but once we received the final forms we updated. No different than any other film. Simple as that.”

The bad guy in this misadventure is Coppola’s archivist James Mockowski, whom I reached out to last month upon the advice of Telluride Film festival founder Tom Luddy. I asked Mockowski twice — once in March, again in early April — if he could please tell me what the Final Cut running time is, or if it’s just a tech upgrade thing. Silencio. Nine years ago I asked Mockowski for help on a technical matter regarding George Hickenlooper‘s Hearts of Darkness — same result. The man is a hider, an obfuscater, a mouse.

So I deferred to Rosen and the TFF website, which announced the 147-minute running time. I sensed a disturbance in the force so I grabbed a screen capture of the earlier Tribeca posting — glad I did this. 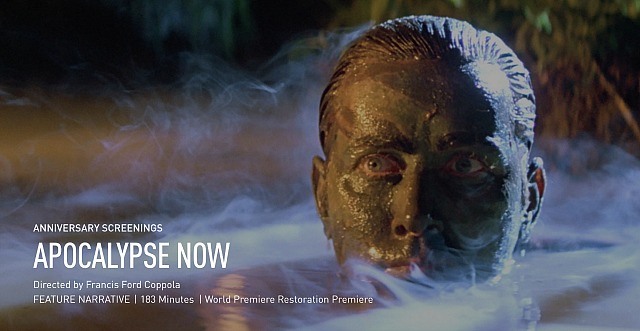 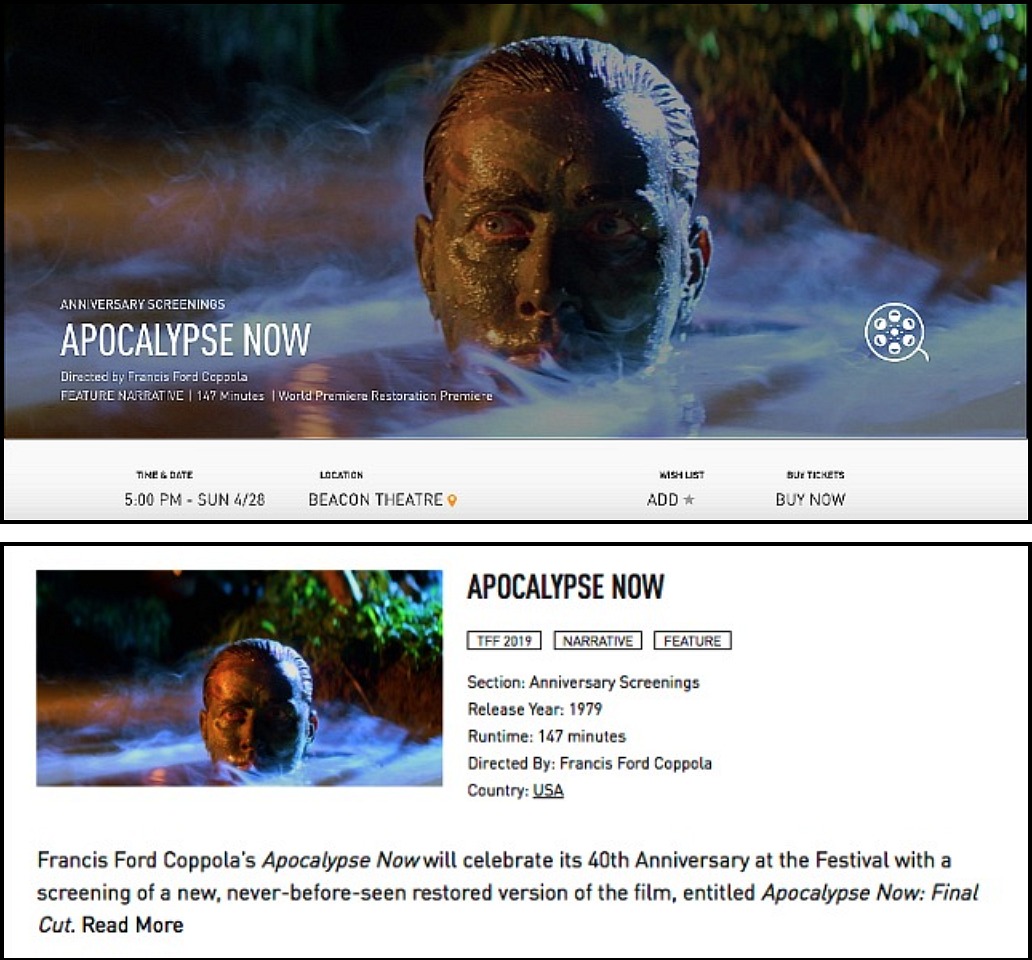 A trusted industry friend told me a while back that according to his understanding Final Cut was an in-betweener — a split-the-difference version that lies between the pit of man’s fears…no, that lies between the original 147-minute version and the 202-minute Redux version. 183 minutes means Final Cut is 19 minutes shorter than the 202-minute Redux and 36 minutes longer than the original 70mm Ziegfeld version that ran 147 minutes. So Final Cut will include the French plantation sequence — just not as much. And the rescuing the Playboy bunnies sequence — just not as much. And so on.

Rosen emphasizes that the bad information wasn’t deliberate, and that this kind of thing happens all the time. The apparent bottom line is that Mockowski and Coppola live in their own solar system, and that somebody finally pointed out to them, “Hey, guys…the Tribeca Film Festival website is saying that Final Cut runs 147 minutes, or 36 minutes shorter than the actual length. Don’t you think you should wise them up?”

Rosen reminds that all along TFF has emphasized the Final Cut title, but if you read their copy there was never a mention of a longer running time. In fact, TFF’s primary descriptive emphasis was on technical restoration upgrades:

Consider: “Francis Ford Coppola’s Apocalypse Now will celebrate its 40th Anniversary at the Festival with a screening of a new, never-before-seen restored version of the film, entitled Apocalypse Now: Final Cut, remastered from the original negative in 4K Ultra HD.” HE interpretation: In other words, no one has ever seen this 4K restored version, even though it’s just a remastering of the original negative that produced the original 147-minute 70mm version.

More TFF: “The Beacon Theatre will be outfitted for this exclusive occasion with Meyer Sound VLFC (Very Low Frequency Control), a ground-breaking loudspeaker system engineered to output audio frequencies below the limits of human hearing, giving the audience a truly visceral experience. In addition, the film has been enhanced with Dolby Vision®, delivering spectacular colors and highlights that are up to 40 times brighter and blacks that are 10 times darker, and Dolby Atmos, producing moving audio that flows all around you with breathtaking realism.” HE interpretation: Tech, tech, tech, tech, tech.