I’ve never wanted to watch Vox Lux. I still don’t want to watch it. Even if it was streaming for free (the Amazon rental is $5.99) I’d probably duck it. The reviews are a big factor, of course, but also because I’ve found director and former actor Brady Corbet grating or at least irksome for a long time (his performances in Funny Games, Melancholia and especially Simon Killer). Like the audiences who didn’t want to see Dumbo last weekend, I just knew I wanted to stay the hell away from Vox Lux. 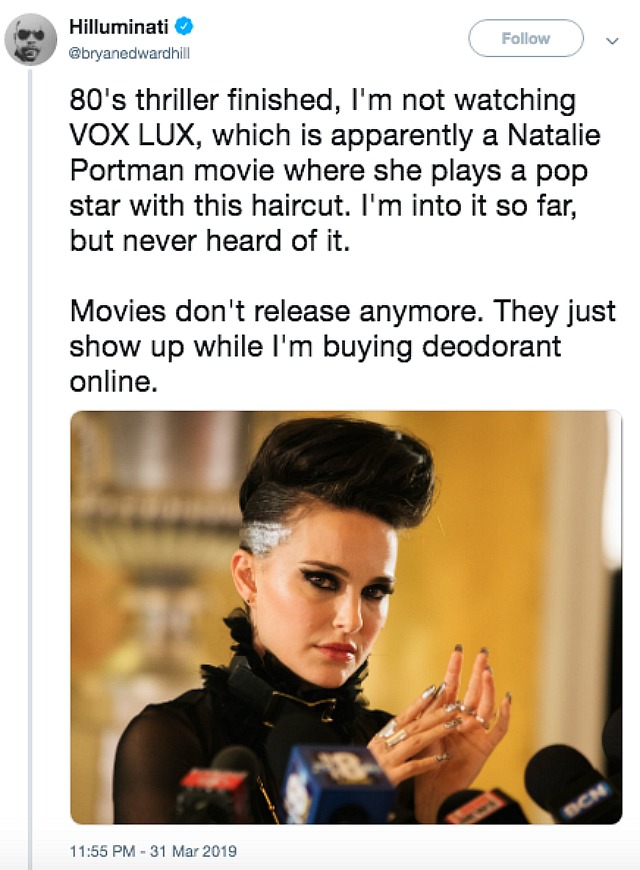 I knew after reading the Venice Film Festival reviews that Vox Lux would slip under the waves and that I could avoid it without anyone saying boo. Last October or November a critic friend told me I would probably have a rough time with it — sold! I have to be honest — the “no Vox Lux in your life” factor has made me a bit happier.

But it’s so true about how so few good films seem to “open” these days. Which is why it’s such a pleasure to attend the major (and some of the middle-range) film festivals because at least they celebrate film premieres with real enthusiasm. Brief hoopla windows, granted, but more and more a commercial opening means little or no excitement, or at least effort. The only juice comes from festivals, industry premieres and special screenings at upscale industry venues (American Cinematheque, Walter Reade/Isabel Bader). I’m even looking forward to a special TCM Classic Film Festival screening of a 35mm nitrate print of The Bachelor and the Bobby Soxer. 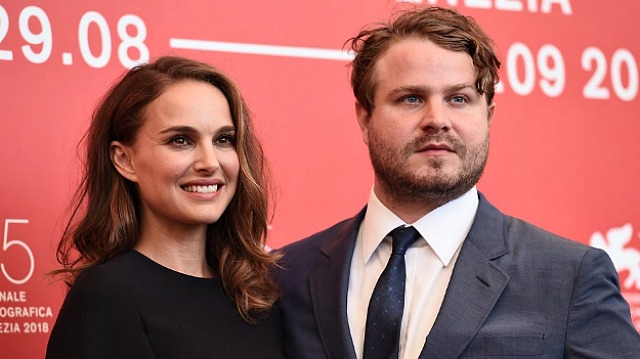