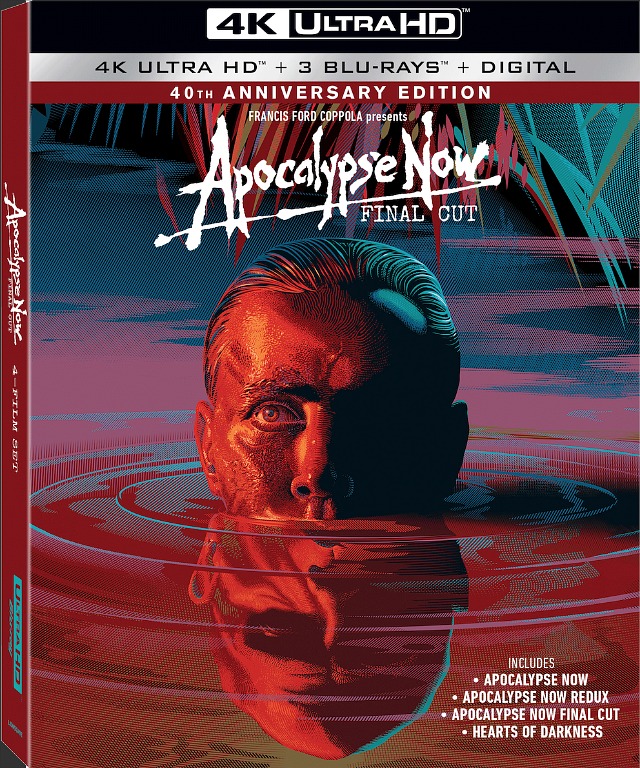 “I’m blind-guessing, but I have the feeling that the Let’s Stop and Bang Some Playmates sequence will be cut back a lot. I’ve seen the original 1979 cut at least 20 times, but only watched Redux once in the theater — almost 20 years ago — so I doubt I’ll be able to pick out the differences between Redux and Final Cut, large or small, without some boning up…

According to this incredibly detailed comparison, the three biggest time additions that came with Redux are (a) the Playmate sequence (9 minutes, 7 seconds), (b) French Plantation (23 minutes, 42 seconds) and (c) Kurtz reads Time magazine (5 minutes, 17 seconds)

That’s close to 40 minutes right there. There are a bunch of small extended bits in Redux, most notably 3 minutes and 46 seconds devoted to Kilgore and his antics after the Wagner attack. There’s also that small bit where Kilgore is looking for them trying to get his surfboard back (2 minutes, 21 seconds), and then a scene on the boat with Chef talking about his Playboy collection (1 minute, 52 seconds). Those three scenes add up to an additional 8 minutes.

“Anyway, I can’t wait to see it. I truly hope to be blown through the back of the theater during the Wagner helicopter attack, which, for my money, is the best film sequence that I’ve ever watched. Not exactly a bold pick, but…the best one is the best one, even if it’s an obvious choice.”