There’s a fair amount of deep-down homophobia out there. Nobody will mention or admit to it, but it’s there in the backwaters and the suburbs, and even to some extent in the cities. If you think the average voter hasn’t laughed at Eddie Murphy’s Mr. T joke from the ’80s, you’re kidding yourself.

HE’s advice to Pete Buttigieg is to not refer all that often to his marital status (i.e., Chasten Glezman), and to basically soft-peddle the gay cards. His candidacy should be — is! — about brilliance, middle-class Indiana values, military service, Christianity, mild temperament, generational change, speaking several languages, administrative smarts.

In a manner of speaking, Pete’s candidacy has to be mild-mannered and straight-friendly. His campaign, I mean, will have to be analogous to Call Me By Your Name or Brokeback Mountain without the pup-tent scene. If so much as a whiff of Taxi Zum Klo slips out, he’ll be in trouble.

John F. Kennedy campaigned as a staunch Massachusetts Catholic, family man and World War II hero. He didn’t flaunt the fact that he was to-the-manor-born wealthy, and he kept his ex-bootlegger father, Joseph P. Kennedy, in the shadows. And of course there was never a mention of his sexual side-life or the fact that he had Addison’s disease. In short, he played it smart.

Franklin D. Roosevelt never emphasized to voters that he had polio and was confined to a wheelchair. He knew that a segment of the populace would be uncomfortable with the idea of a handicapped President, and so he used his steel braces and stood tall at every campaign rally. It’s all about branding and signage. 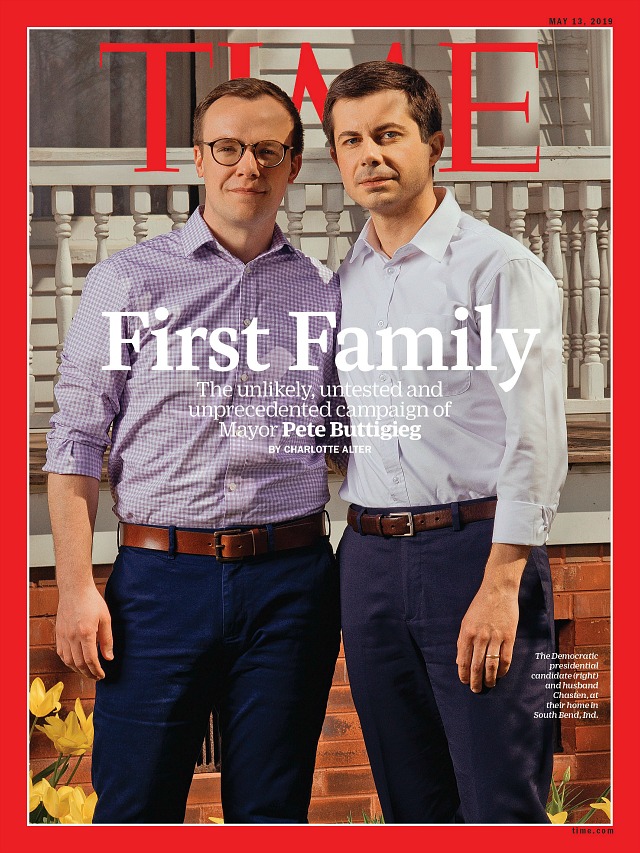