At some point during Quentin Tarantino‘s Once Upon A Time in Hollywood, Leonardo DiCaprio‘s Rick Dalton, a TV actor having trouble breaking into features, finds work in a couple of Italian-made cheapies — this thing and a spaghetti western (or so I’ve read).

Once again Tarantino is paying tribute or otherwise wink-winking at Italy’s half-century-old exploitation film industry, which has been one of his key passions since he began working at that Manhattan Beach video store (Video Archives) in the ’80s. The poster is basically saying “wow, those cheesy Italian schlock movies of the late ’60s, right? Great primitive cinema!”

The biggest single plot element in Once Upon A Time in Hollywood involves the brutal slaughter of five people (Sharon Tate, Wojciech Frykowski, Abigail Folger, Jay Sebring, Steven Parent) in a home just down the street from Dalton’s rental, which he shares with stuntman Cliff Booth (Brad Pitt). But there hasn’t been the slightest hint of this in the marketing materials this far. Not the slightest little tease. 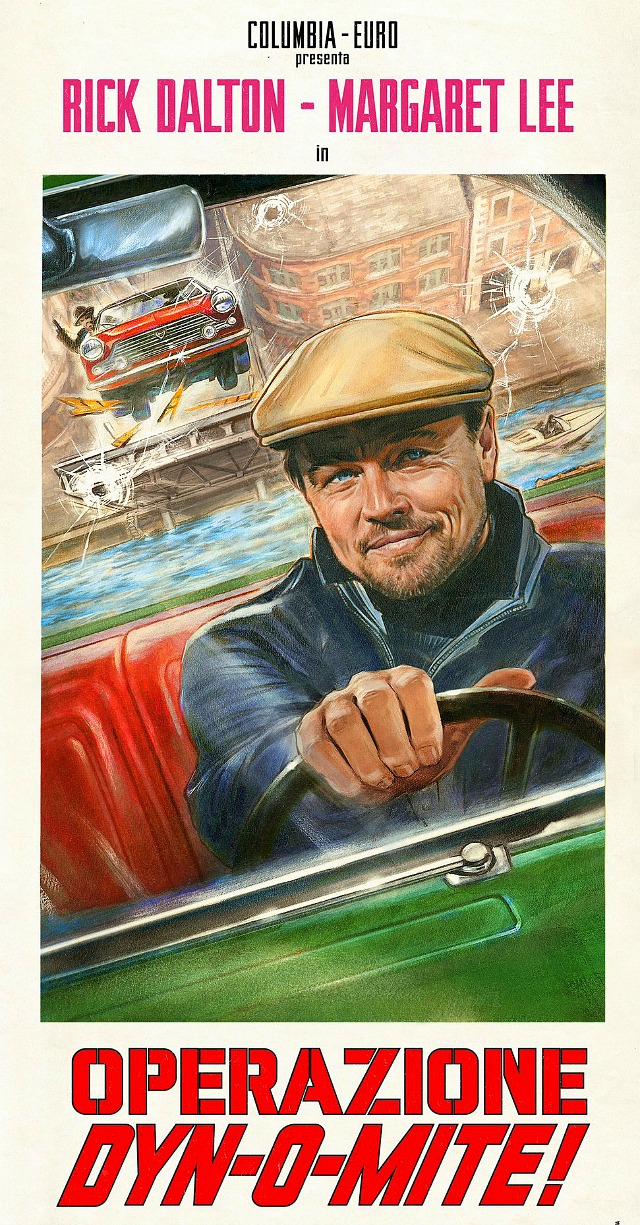