On The Death of “Long Shot”

Jonathan Levine, Seth Rogen and Charlize Theron‘s Long Shot is a bust. After costing “roughy $40 million to make and another $30 million to market,” according to the N.Y. Times‘ Brooks Barnes, it made a lousy $10 million last weekend (it’s currently at $12 million) and will almost certainly suffer a 40%-or-higher diminishment during the next round (5.10 to 5.12).

The odds of tripling that opening weekend tally by the end of the run are not high. Face it — the movie was intermittently funny at best (I found it flat-out unfunny), the premise was absurd or at least distasteful (the toad-gazelle pairing of Rogen and Theron) and Joe and Jane Popcorn said “nope.”

No, wait — that’s not why it died. The handicappers are claiming that Long Shot sank beneath the waves because the competition from Avengers: Endgame was too fierce. So HE’s above-mentioned issues were incidental to its failure? I doubt it but you tell me.

Theory #1: Rogen is only 37 but he looks 49, and I’m wondering if the guy he’s been playing in film after film for the last 12 years (or since Knocked up) is starting to wear thin among his followers. I personally love the guy when he’s spouting impudent, sharp-edged dialogue, but his Long Shot character was a 16 year-old. Theory #2: It’s Charlize Theron‘s fault! The public accepts/respects her as a dramatic actress who takes chances, but is wary of watching her in a romcom mode. Theory #3: The movie blew chunks and the word got around. Theory #4 (see below): It’s Jon Feltheimer‘s fault! 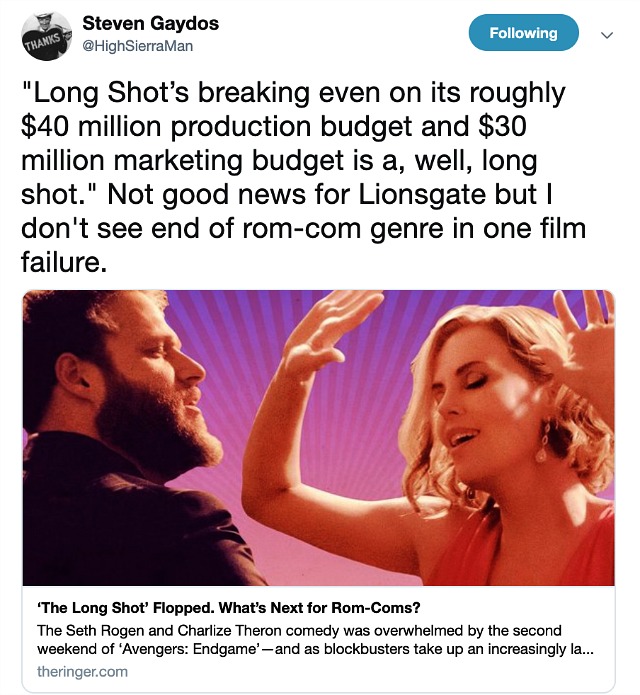 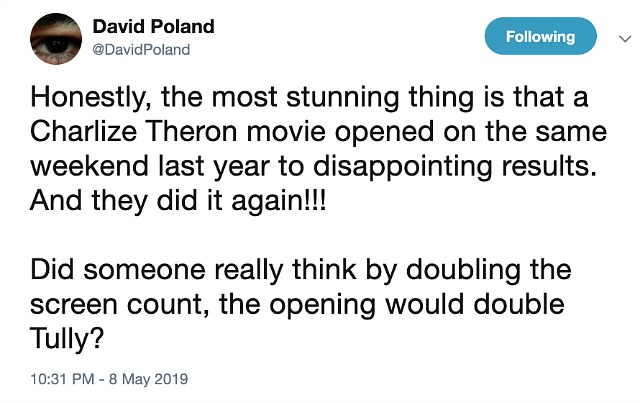 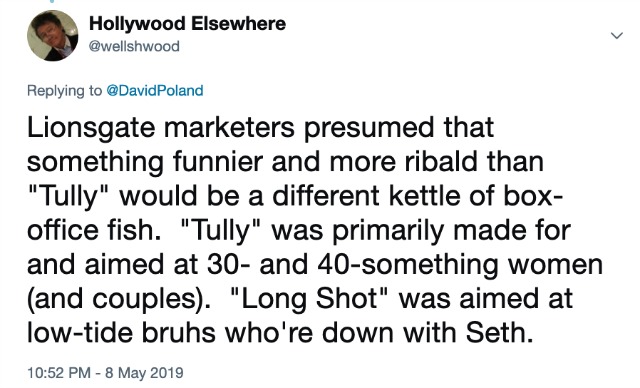