At 10:30 pm on Friday, 5.24, Sylvester Stallone will take the stage at the Grand Lumiere in Cannes with three motives in mind. One, to screen clips from Rambo V — Last Blood, which Lionsgate will open stateside on 9.20. Two, to be celebrated with a career-tribute montage and an SRO from those in attendance. And three, for a screening of a 4K restoration of Ted Kotcheff‘s First Blood (and not Rambo — First Blood as the Cannes press release states).

Rambo V — Last Blood was directed by Adrian Grunberg (Get The Gringo) and produced by Millennium Films (aka Alchemy)? 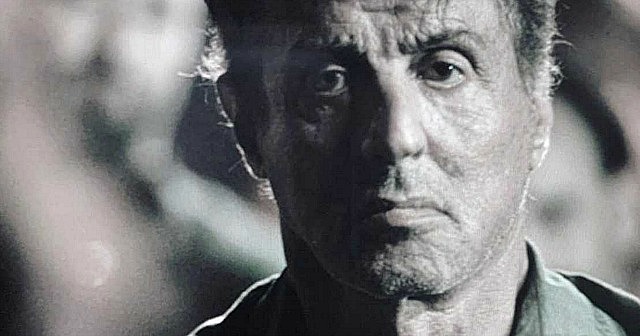 Rambo V synopsis: “In the fifth episode of franchise, when the daughter of one of his friends is kidnapped, Rambo, who has been working on a ranch, crosses the U.S.-Mexican border and quickly finds himself up against the full might of one of Mexico’s most violent cartels.”

The script is by Stallone and Matt Circulnick. The costars include Paz Vega, Adriana Barraza, Oscar Jaenada, Joaquin Cosio and Yvette Monreal.

May 8, 2019by Jeffrey Wells18 Comments
« Previous post
Bob Dylan’s “Get Out” (Apologies to Jordan Peele)
Next post »
Cat That Ate The Canary