Daniel Craig pulled a Tom Cruise last week in Jamaica, injuring his ankle during a running scene and consequently throwing the shoot of Bond 25 (aka Shatterhand) out of whack.

What was your first thought after hearing of this? Right — you wondered how old Craig is (51) and if that might have been a slight factor. The answer is “it might well have been.” Craig is squarely middle-aged and not even within flirting distance of being “old”. But you do wither slightly at that age. Running, fighting and leaping-wise, the optimum window is between your late teens and mid to late 40s. After that an actor is probably better off playing “M” or “Q.”

Genes, luck and discipline are always key factors in shooting action scenes, but one or more of these probably failed Craig, who’s been injured three or four times before while Bonding. Biology, man. You can run but you can’t hide.

After the fall Craig “was in quite a lot of pain and was complaining about his ankle,” according to a source who spoke to The Independent‘s George Simpson. “As you’d expect he was also pretty angry that it had happened. He threw his suit jacket on the ground in sheer frustration.”

HE says the ideal Bond actor should be in his early 30s (the rugged-looking Connery was 32 when he made Dr. No) to late ’40s, depending on the breaks. After that it starts (I say “starts”) to become a game of roulette mixed with careful choreographic planning. 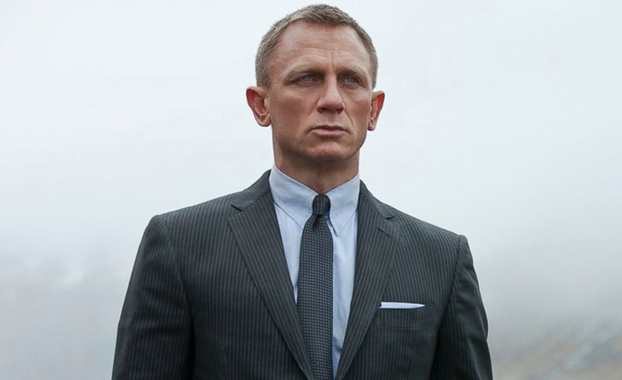