The new trailer for Jennifer Kent‘s The Nightingale (IFC Films, 8.2) is framed within a 1.37:1 aspect ratio, and yet none of the reviews I’ve read since last September’s Venice Film Festival have even mentioned it.

A.A. Dowd review, posted on 1.27.19: “’This is not an easy sit,’ we were told [by a Sundance] programmer. But even this warning didn’t seem to properly brace the crowd for…nearly two-and-a-half hours of relentless, unspeakable violence, [which] provoked distressed walkouts. Judging from some overheard post-screening grumbles (‘I thought it was going to be scary, but then it wasn’t‘), plenty of those who stayed for the whole thing were expecting something closer in spirit to Kent’s The Babadook, which premiered at Sundance five years ago. What they got instead was ceaseless, numbing brutality — a Western revenge yarn of such heightened cruelty and suffering that it basically demands to be read as allegory.”

The designer of the first-rate Nightingale poster deserves a salute. Haunting and oddly beautiful. 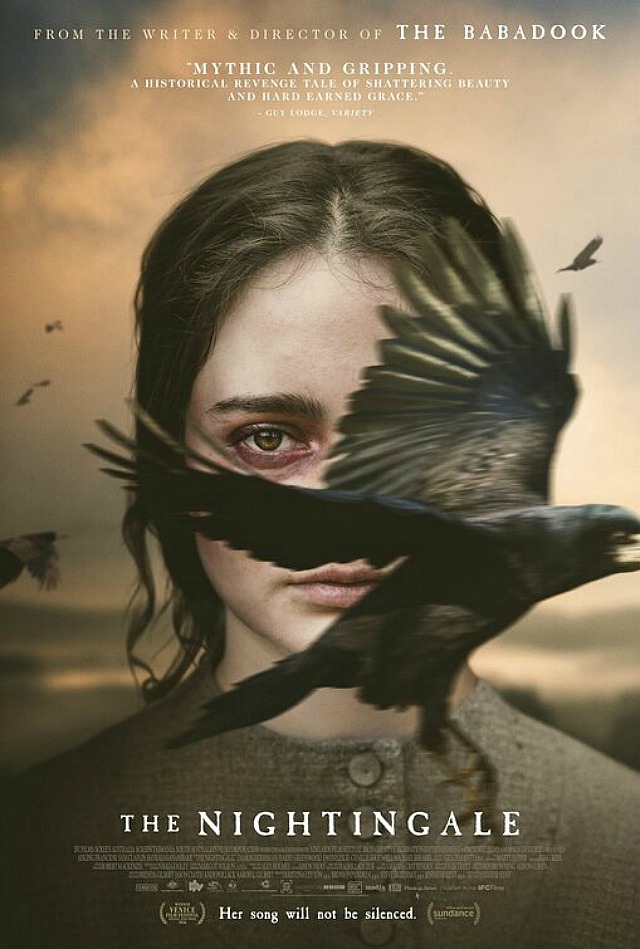