To the best of my knowledge, this legendary poster for Richard Thorpe‘s Jailhouse Rock is a stand-alone in one specific respect. It’s the only big-studio release that that sold itself with a big painted profile of the star (i.e., Elvis Presley) that…wait for it…doesn’t look like the star at all. A slapdash resemblance but that’s all.

The poster was used, I’m guessing, because producer Pandro S. Berman, who’d been a big-studio operator since the early ’30s and was in his early 50s at the time, didn’t give that much of a shit. He knew that the dark pompadour-and-sideburns hair sold the Presley presence, which everyone knew from his two previous films, Loving You and Love Me Tender, and his appearances on The Ed Sullivan Show and whatnot. But the face doesn’t look like Presley at all. The eyes are way, way off, not to mention the bizarre jawline and the weird, brushed-forward sideburns.

Young Elvis had a kind of half rock-and-roll rebel, half pretty-girl appearance. He had big luscious eyes and sensuous lips, but he wasn’t anyone’s idea of “manly.” The guy in this painting is an older professional illustrator’s “idea” of Presley without having actually settled into his face. To me it’s a portrait of a good-looking Presley wannabe. 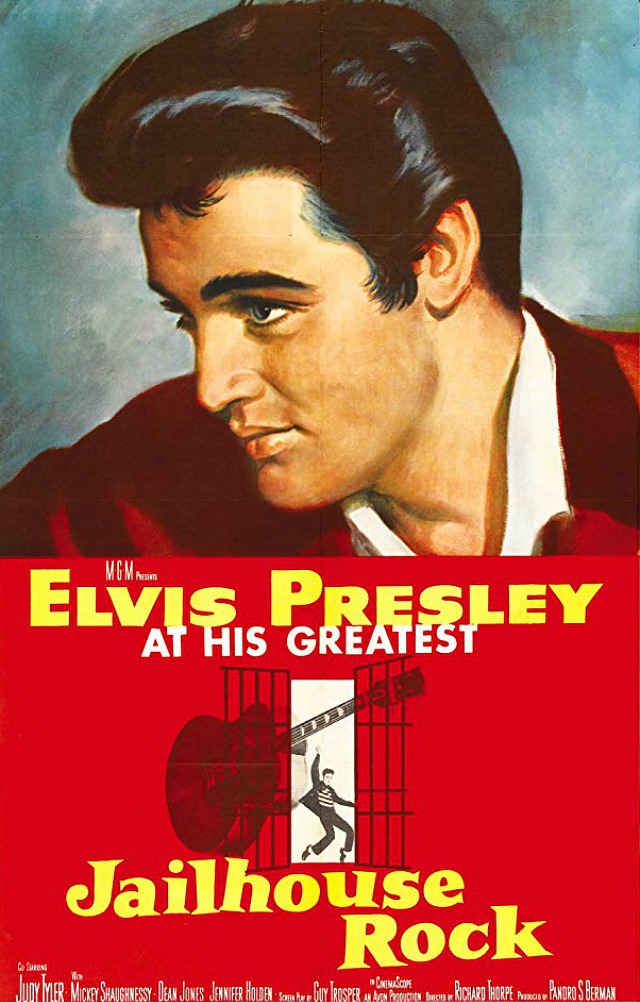 May 3, 2019by Jeffrey Wells8 Comments
« Previous post
“Almost Famous” Scene That Never Happened
Next post »
Don’t Hold Me To These