Hollywood Elsewhere commenter “Django Killer” continues to annoy and harass about the playability of Region 1 vs. Region 2 Blurays in the States. The latest issue concerns a 2017 Region 2 Arrow box set of Woody Allen films (including Hannah and Her sisters, Another Woman, Shadows and Fog and Crimes and Misdemeanors).

The Amazon copy says in capital letters “NON-USA FORMAT,” but the obstinate DK has nonetheless written that it’s “no wonder so many people get exhausted pointing out your fucked-up tech mistakes [about] region coding. There is no ‘difference in data’ between Blurays of different regions.”

I haven’t been in a fistfight since I was 13 or 14 years old, but there’s a small, suppressed part of me that would LOVE to slug it out with this guy. My first fantasy was drilling him with a Winchester repeater a la Chuck Connors in The Rifleman, but that was too raw. 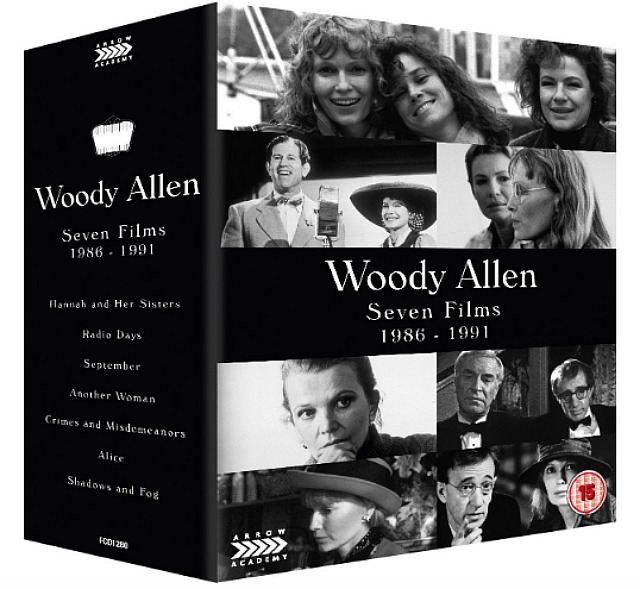 I don’t know what DK means about “no difference in coding” but I can definitely confirm that if you have a Bluray from Region 2, it won’t play on your Region 1 player from the States. I wish it were otherwise, but THIS IS HOW IT IS. I have a nifty Samsung 4K Bluray player and a Sony Bluray player, and my Region 2 Blurays (and I have about 10 of them) won’t play on either player. Several times I’ve politely asked them to open their digital gates to Region 1, but they won’t budge.

I’m going to repeat this — Region 2 Bluray discs WON’T PLAY ON EITHER OF MY TWO BLURAY PLAYERS. Which is why Amazon felt obliged to post “NON-USA FORMAT” in big-ass letters, in order to catch the attention of deranged reality-deniers like “Django Killer“.

I used to have a Sherwood Region 2 player, but it gave up the ghost. I also have 2012 Oppo Bluray player than can theoretically be programmed to play only Region 2 Bluray discs. It’s not hooked up as we speak.