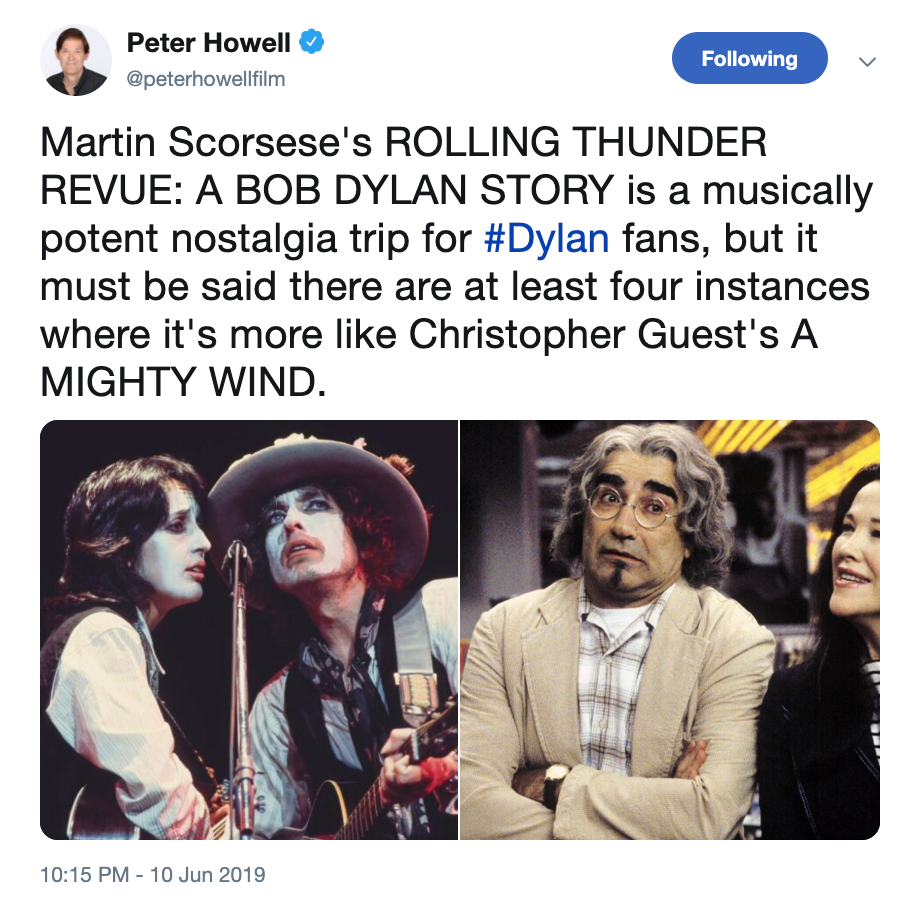 Vanity Fair‘s Mike Hogan and NPR critic Ann Powers understand, but Globe and Mail critic Barry Hertz isn’t quite sure. After mentioning Stone, he writes that she “maybe, or maybe not, was spotted by Dylan early during the tour, and asked to join to do…well, it’s never quite clear.”

After posting an initial review that showed he’d been hoodwinked, Indiewire‘s David Ehrlich (along with Chris O’Falt and Zack Sharf) has co-authored a piece that discusses the Stone con. The article is titled “Debunking the Four Big Lies at the Heart of Martin Scorsese’s ‘Rolling Thunder Revue’.”

In his review, Vulture‘s Craig Jenkins writes that “some of this shit never happened, and it’s tricky to tell what’s what.” He notes that Martin von Haselberg and Michael Murphy are fakers but he doesn’t mention Stone, thereby indicating he probably thought her quotes were legit.

To judge by his review, Empire‘s Ian Freer has also been taken in.

Guardian critic Peter Bradshaw, who rarely misses a trick, doesn’t seem to get it either:

Not to mention these guys: 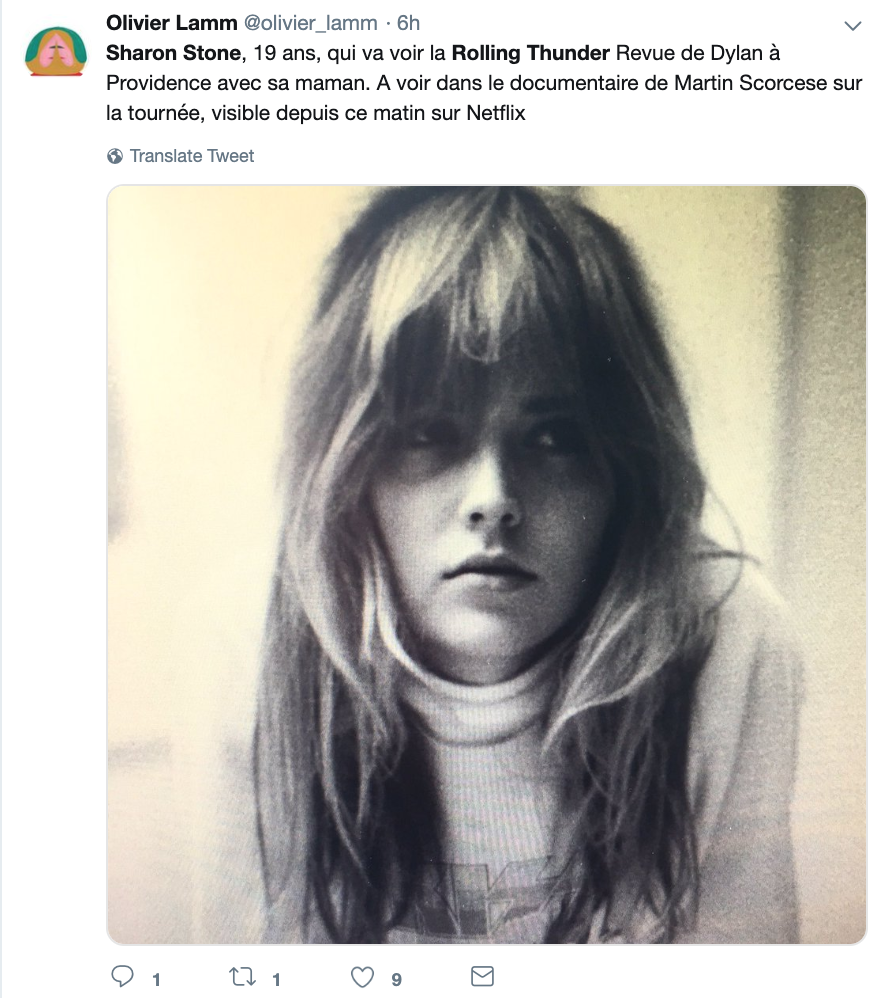