Hanks’ Once-Cold Cards Have Heated Up

In an April ’16 Tom Hanks career assessment piece, I wrote than “once your cards have gone cold, it’s awfully hard to heat them up again.”

I added that “there’s nothing more humiliating than for a man who once held mountains in the palm of his hands having to push his own cart around the supermarket as he buys his own groceries and then, insult to injury, has to wait in line at the checkout counter.”

The piece was triggered by a Hanks quote from a Tribeca Film Festival discussion with John Oliver: “I peaked in the ’90s.”

Hanks had been respectably plugging along since the end of his late ’80s-to-early aughts heyday (The Road to Perdition was his last big score in that run). Holding on, hanging in there. But just a few months after the Oliver chat, his cards began to warm slightly. Then they got hot again. 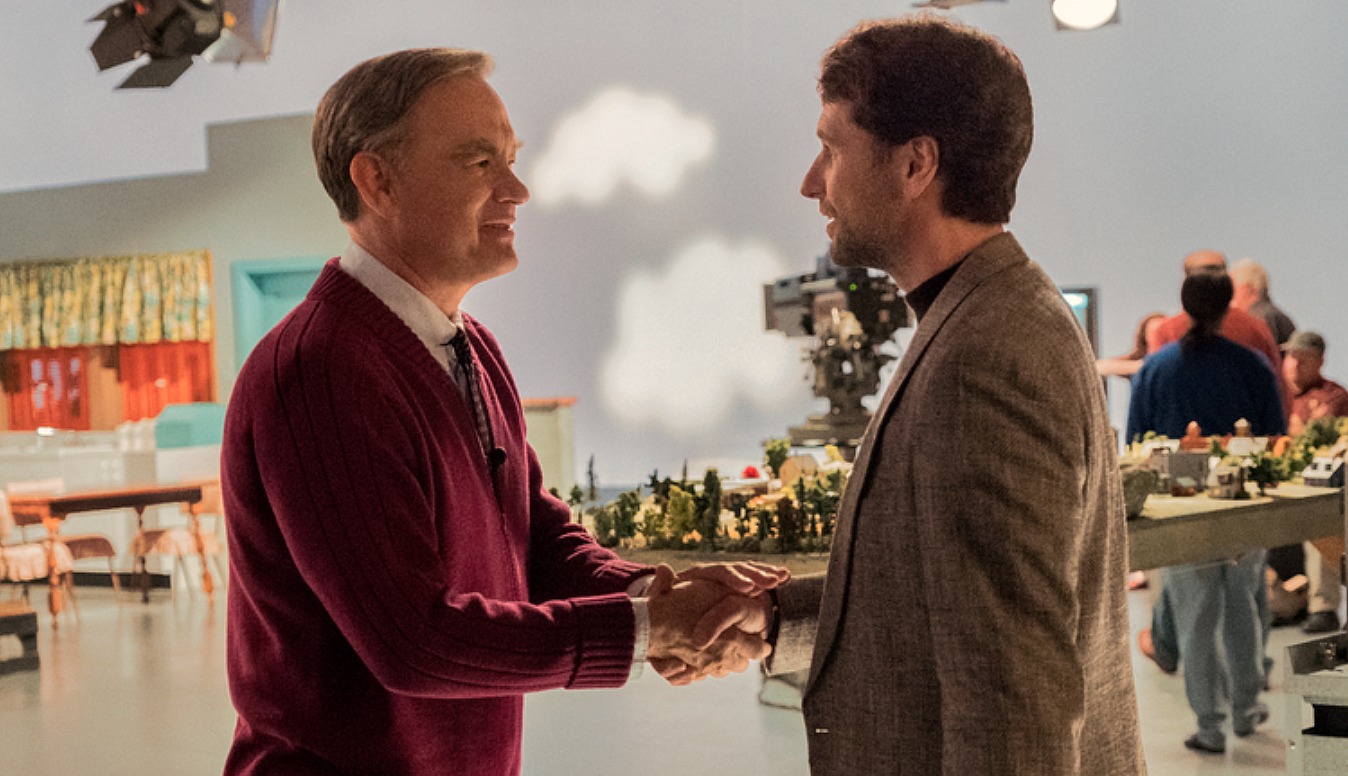 Hanks’ less-is-more performance as the white-haired Chesley Sullenberger in Clint Eastwood‘s Sully was respectfully received; ditto his Ben Bradley in Steven Spielberg‘s The Post. But the strongest indication that his mojo was back came when Hanks improvised his way through a pause in a West Los Angeles performance of William Shakespeare’s Henry IV.

It seems like a fait accompli that Hanks will be be Best Actor-nominated for playing the amiable Fred Rogers in Marielle Heller‘s A Beautiful Day in the Neighborhood (Sony, 11.22).

Who knows if Hanks will star in Paul Greengrass‘s News of the World, a post-Civil War-era drama, but the project was certainly announced a few months ago.

At some point down the road Hanks will reportedly portray Colonel Tom Parker, the cigar-chomping, straw-hat-wearing hustler who did more to destroy Elvis Presley‘s life and career than anyone besides Elvis himself, in a Baz Luhrman-directed drama.

That’s quite an impressive lineup for a guy whose career had appeared to be in flatline mode only four or five years ago.

My April ’16 assessment of Hanks highlights:

Hanks’ first big-time stinker — a movie I’ll hate with every fibre of my being for the rest of my life: The Green Mile (’99).

Hanks & Spielberg films that aren’t that bad but which nobody really wants to re-watch, much less own: the absurdly over-rated Catch Me If You Can (’02), the all-but-disappeared The Terminal (’04).