All Hitchcock films are incomplete without dialogue, of course, but you can almost always follow their stories if you watch them without sound. I was doing just that this morning, watching the 1956 version of The Man Who Knew Too Much in mute mode. Hitch was naturally obliged to use dialogue to move his stories along, but he was always careful to make sure that the action and the various motivations in his films were discernible in visual terms.

“In many of the films now being made, there is very little cinema: they are mostly what I call ‘photographs of people talking.’ When we tell a story in cinema we should resort to dialogue only when it’s impossible to do otherwise. I always try to tell a story in the cinematic way, through a succession of shots and bits of film in between.” ― Alfred Hitchcock in “Hitchock/Truffaut.”

I also reminded this morning that Blurays of older films sometimes show detail that audiences weren’t intended to see. Especially when you’re watching them on a Sony 4K HDR 65-incher. In some close-up shots of Jimmy Stewart I could easily see the thin strip of polymer (usually made of silicone or polyurethane) that his toupee was mounted upon, and which was pasted to his upper forehead. I love being able to see this stuff. I love that films generally look much sharper and more highly detailed that even their cinematographers were able to see.

Sidenote: If The Man Who Knew Too Much were to be remade today, Daniel Gélin‘s intelligence agent Louis Bernard wouldn’t be allowed to wear brown face paint as the p.c. gendarmes would attack this plot device as racist. 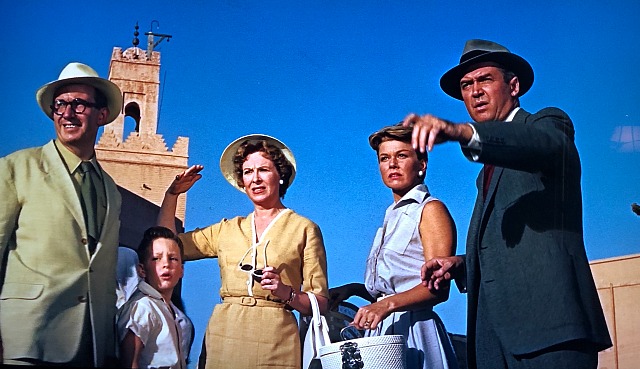 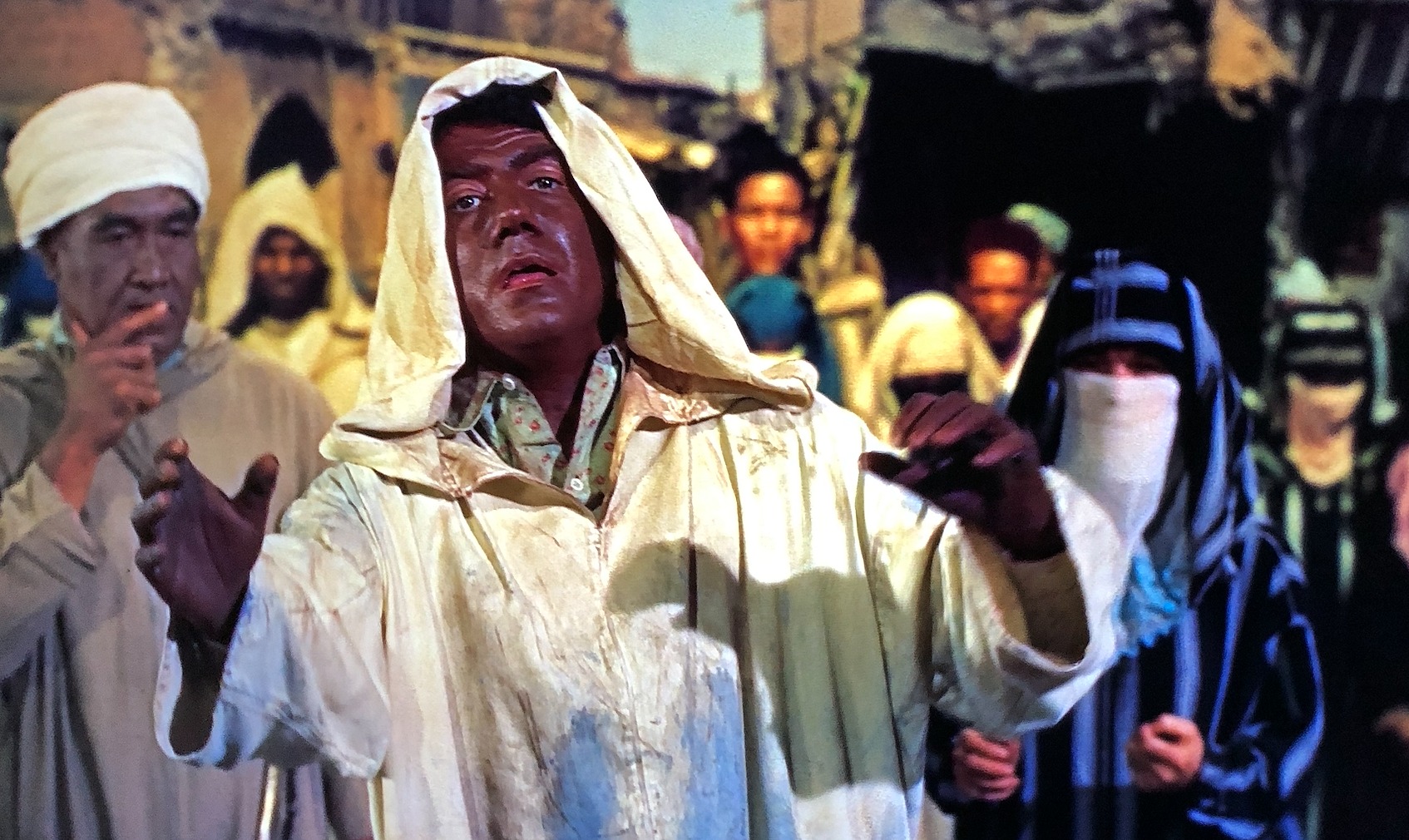 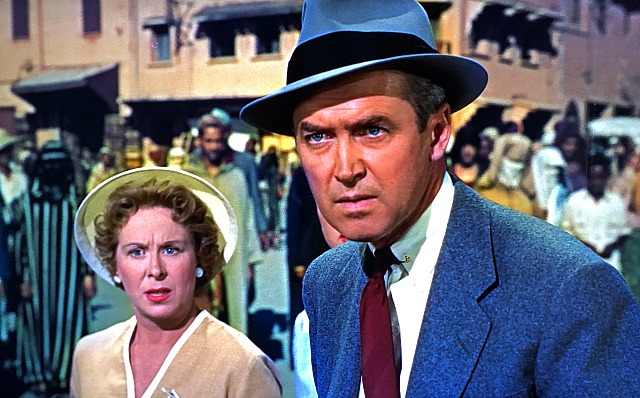 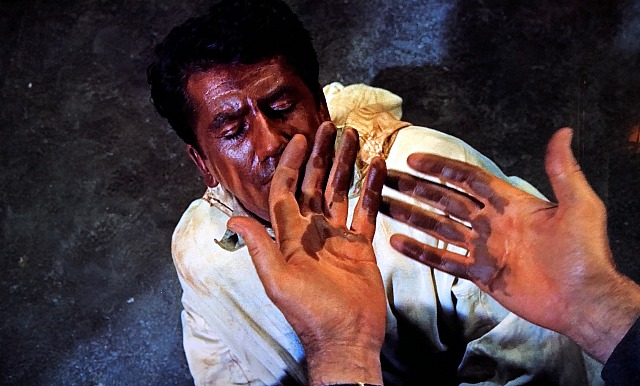 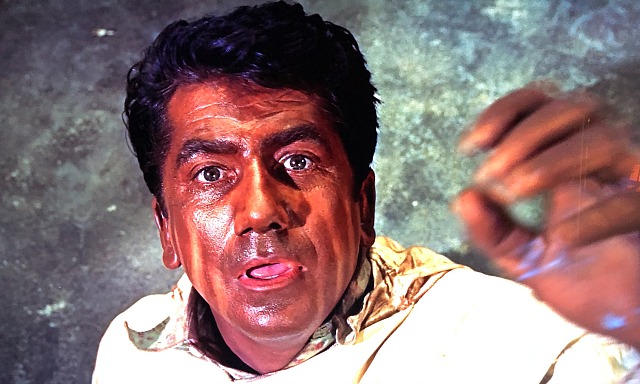 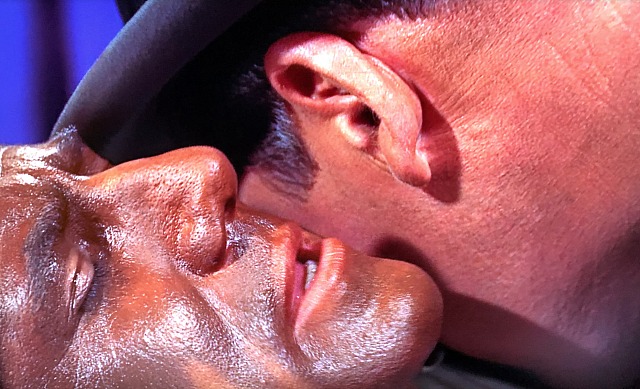