It’s not a rumor: Ari Aster‘s Midsommar (A24, 7.3) is brilliantly made right up until the final 15 or 20 minutes, which don’t quite work. But this doesn’t matter, or certainly shouldn’t. Because Aster, born 31 or 32 years ago, is such a gifted and masterful filmmaker. He’s way, way up there, and I don’t want to hear any dissenting bullshit about this.

Midsommar is a 100% essential summer freakout flick no matter how you feel about elevated horror, chilling Swedish pagan rituals, shitty boyfriends or Florence Pugh. The 23 year-old actress (recently in The Outlaw King and The Little Drummer Girl) is quite good in the lead role of Dani, a 20something who’s recently been devastated by a ghastly family trauma and by the less-than-fully-engaged, close to aloof vibes she’s been getting from her brooding boyfriend Christian (Jack Reynor).

Yes, Midsommar is a breakup film — David Edelstein called it “a woman’s fantasy of revenge against a man who didn’t meet her emotional needs” as well as “a male director’s masochistic fantasy of emasculation at the hands of a matriarchal cult.” That’s about as concise and on-target as a capsule description could be.

Downmarket meat-and-potatoes horror fans will probably speak ill of Midsommar, as they did to some extent about Aster’s Hereditary. But if watching a sublimely creepy (and even occasionally hilarious) film made by a phenomenally talented craftsman means anything to you, you simply have no choice in the matter — you have to see this puppy, and I mean the first weekend. Aster is so good, so sharp, so fully in command.

Did I read somewhere that he’s declared that Midsommar is his last horror film (at least for a while)? Whether Aster said it or not, it’s a very smart decision. No exaggeration, Aster is Martin Scorsese, Ruben Ostlund, Alfred Hitchcock, David Fincher and Val Lewton rolled into one. He’s way too genius-level (and I mean better than Tarantino) to plant his flag in the realm of a single genre.

I caught Midsommar at Monday night’s Arclight premiere, and then attended the after-party at No Vacancy (1727 No. Hudson). 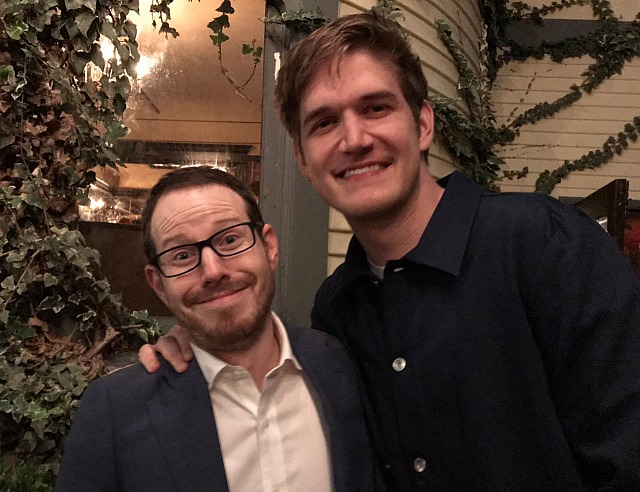 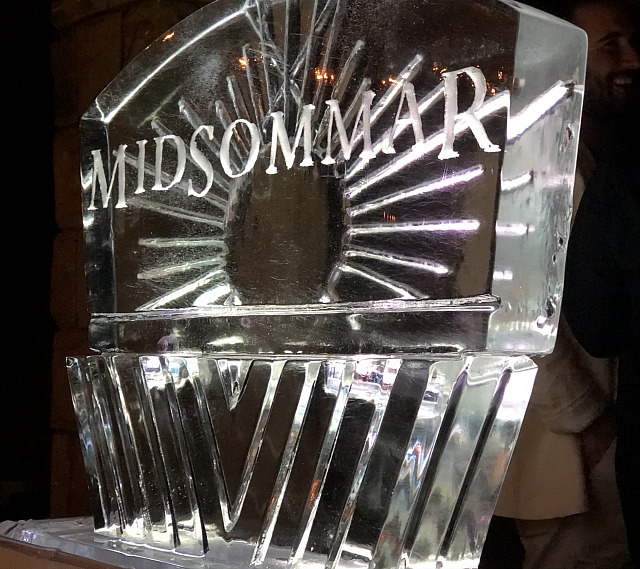 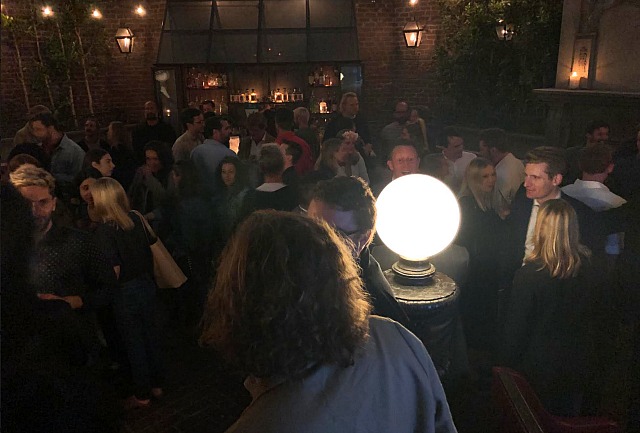 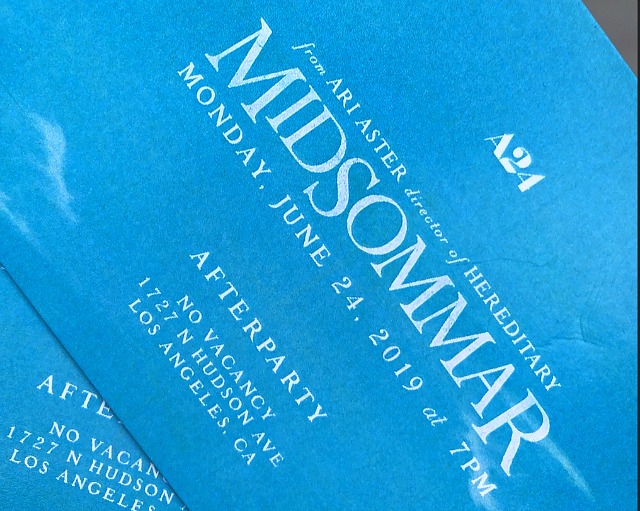 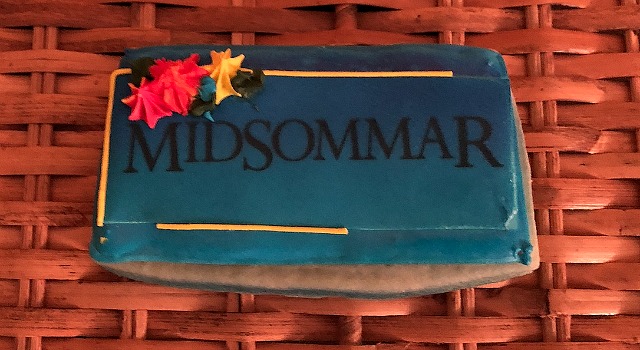