Nightmare Demon Logic, No Story To Speak Of

Excerpt from review of Kino Lorber’s Lost Highway Bluray, posted by DVD Beaver’s Gary W. Tooze: “Having lamented that this Bluray is not from the original camera negative, director David Lynch has disavowed this release. Kino requested David’s involvement in preparing the Bluray, [but] for whatever reason, the collaboration didn’t transpire and Kino has released this Bluray edition.

“How does it look? Solid. Even if not from the original camera negative, it looks superior to the 2010 mk2 Bluray out of France. I prefer the colors (warmer flesh tones, earthier hues), it is authentically darker, shows more information in the frame, etc. It’s the best this film ever has ever looked on my system.” 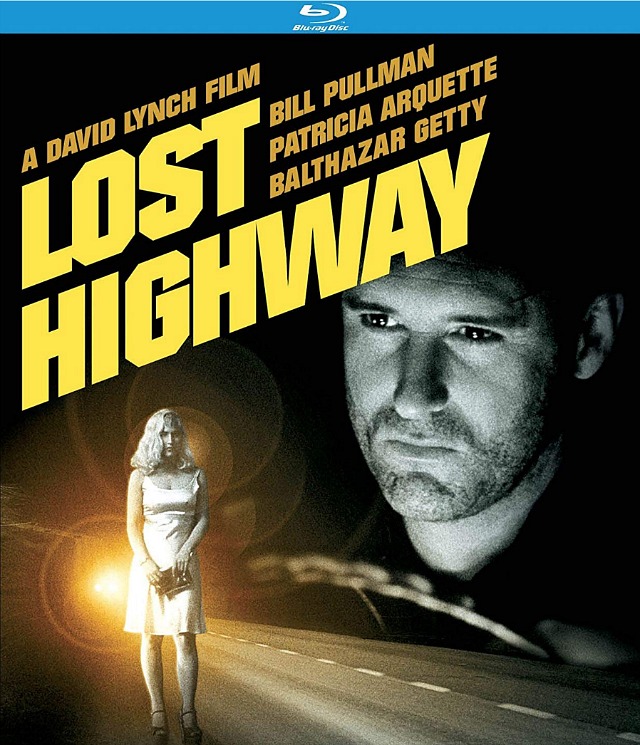 Kino Lorber statement: “We reached out to Mr. Lynch via email to oversee and color grade a new 4K transfer (from the original camera negative) and get his approval on the dozen or so extras we had planned to include. Once we knew he was not interested in working with us, we had no choice but to go ahead with the current Universal master and the few extras we had already produced and acquired.

“To our surprise, the master in question was a very good one, so we were happy to release it with some extras. We found out later that the extras and packaging also had to be approved by him (not the norm) and we sent email after email without one response.

“We delayed the release by a month, hoping we could at least get him to approve the trailer, the essay and our packaging. At this point we knew the interview and commentary were not possible, but after a few more weeks we dropped the essay, the trailer and changed our front art to the previously approved DVD art. The BD only includes the film on a dual-layered BD50 disc, maxing out the feature at 30mbps with 5.1 surround and 2.0 lossless audio. We were planning to take the high road and not play the blame game, but after his tweet this weekend, we felt like we had to respond.

“We’re still huge David Lynch fans and are proud to release one of his masterpieces on Bluray.”

June 30, 2019by Jeffrey Wells19 Comments
« Previous post
“NXNW” Projection Booth Trauma
Next post »
“If Not For The Wonders of Technology…”