“So What Happens Now?”

It’s probably the best thing that Buchanan has posted since he became the new “Carpetbagger” a little less than a year ago.

All 24 sound engaged and forward-looking as opposed to “Jesus, what is this business coming to?…I hate what Millennials and GenZ and their fucking phones have done to this business… I liked it better in the ’90s when people actually went to theatres” and other such laments. Don’t kid yourself — these sentiments are more common than you might think, to go by industry people you might talk to privately or run into at Academy screenings.

A thought that came to mind after finishing the article: “Thank God for elite film festivals…wall-to-wall theatrical showings, and in the company of people who actually get it, which is to say Movie Catholics.”

The most depressing comment by far comes from Feig. It actually implies why Feig isn’t as good or crafty as people thought he was after the success of Bridesmaids, and in fact may be an argument for Feig being immediately seized, driven out to Bakersfield and thrown into Movie Jail. The second most depressing quote is from Nanjiani. (The in-between remark about kids not going to “movies” but to “a movie” is from Rothman.) The third remark is from Whiplash producer Blum, which I’ve included because of the Hollywood Elsewhere “Yo, Whiplash!” factor. 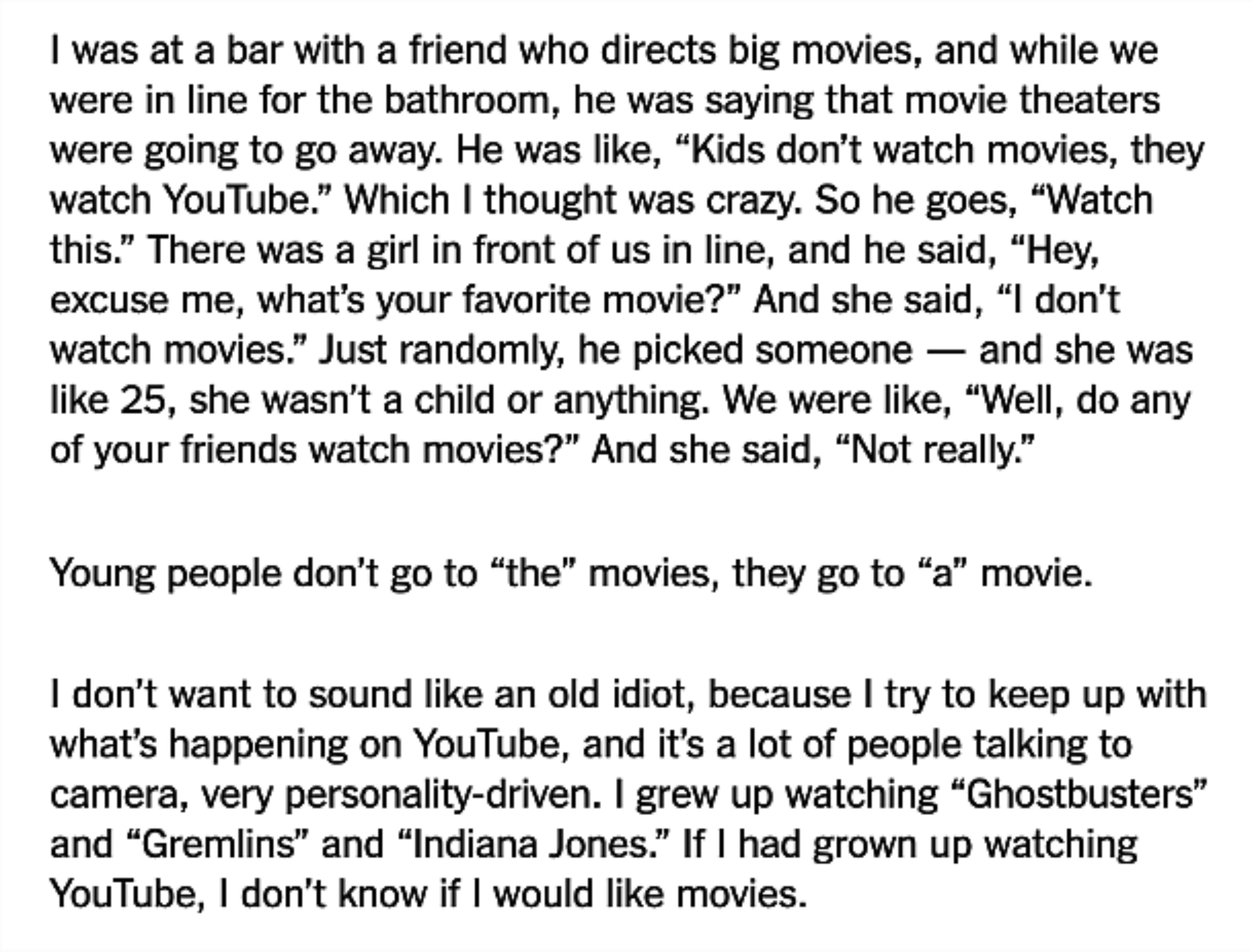