The Mystery of “Speedball Mandy”

That voice, according to Vitali, belonged to Blanchett. Except Good didn’t play “Mandy”, the woman whom Cruise treats for a “speedball” overdose in an upstairs salon inside Sydney Pollack‘s home during that black-tie party scene. According to an 8.27.99 Independent piece by Charlotte O’Sullivan (as well as Google), that role was played by Julienne Davis.

Who played the naked and dead Mandy in the morgue scene, Davis or Good? I’ve read Ebiri and O’Sullivan’s articles twice, and they don’t say. (That or I need a nap.) I’ve found some links and captions that claim Davis played “morgue Mandy” so let’s go with that. 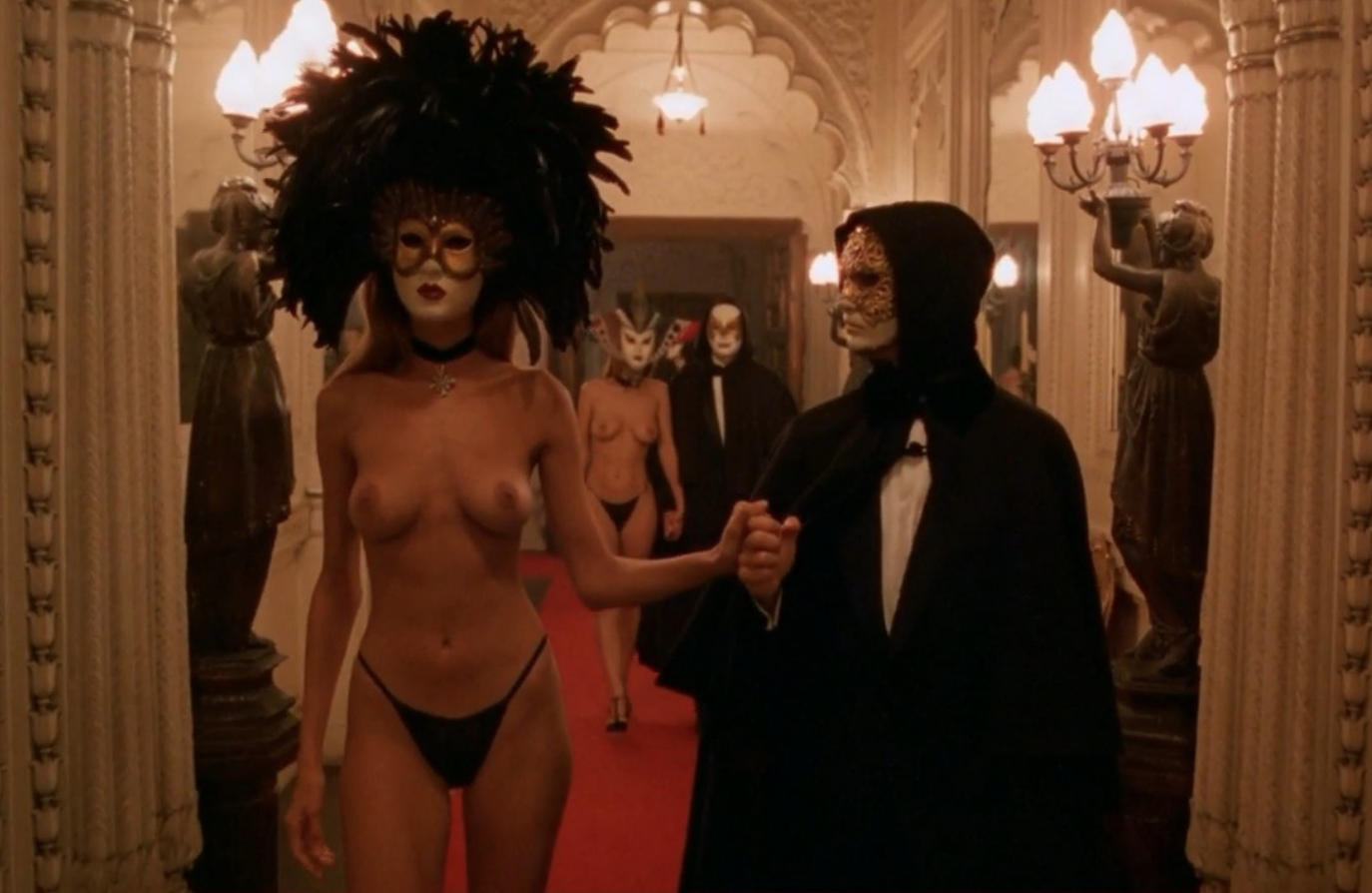 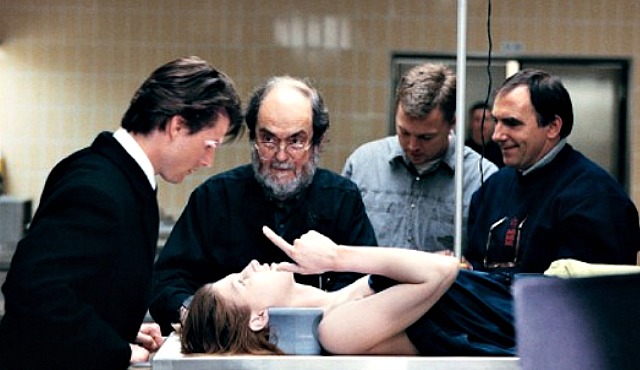 HE insert: Is there some way that p.c. investigators can track down the 20-years-older James and prosecute him after the fact for being a sexist scumbag? Who notices such things? We need to threaten this guy with career death in order to correct his behavior.

O’Sullivan to Davis: “Did Abigail take over from [you]?” Davis to O’Sullivan in an outraged tone of voice: “No — it’s all me. Abigail Good was just an extra. And anyway, she’s English.” (HE: The mysterious woman has an American accent — Blanchett’s!). Davis: “It’s hilarious. It happens a lot, people try to take credit for things they haven’t done”.

Good to Ebiri: “When all the other girls left, I was in this amazing position of being able to work with two incredible artists. I was on the set with Tom and Stanley, finding things on our own. Stanley asked my opinion a lot. Me and Tom were among the last people he ever filmed. Stanley died before the dubbing was done. And I always wondered before the film came out whether they were going to dub me, because I didn’t have an American accent.”

Vitali to Ebiri: “It was Cate Blanchett…that was her voice. We wanted something warm and sensual but that at the same time could be a part of a ritual. Stanley had talked about finding this voice and this quality that we needed. After he’d died, I was looking for someone. It was actually Tom and Nicole who came up with the idea of Cate. She was in England at the time, so she came into Pinewood and recorded the lines.”

BTW: Despite the assertions in several articles posted yesterday and today, Blanchett’s looping of Good didn’t constitute a “cameo” — and it still doesn’t. A cameo is when an actor briefly appears in a film (doing or saying something of momentary consequence) and then disappears. Looping someone is not a “cameo” or vice versa. 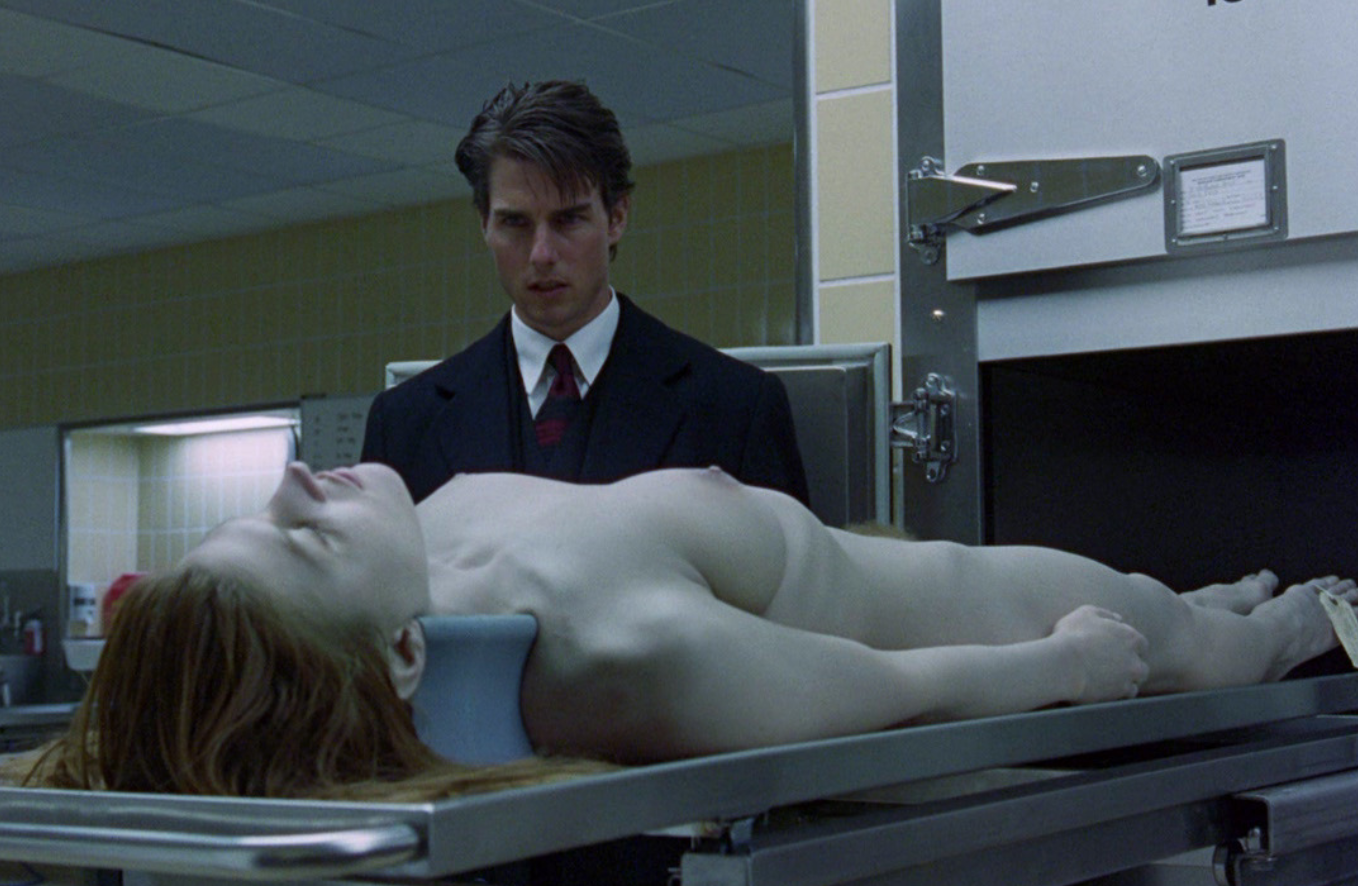