The Sure Thing Who Won’t Stand Up

Maher: “Who do the Democrats have that we know can beat Trump? There really is only one answer to that.

“And it’s not Joe Biden. I like Joe, but if we give him the keys there’s at least a 50% chance that he gets in the car and mows down a Farmer’s Market. Also young people look at him as if a typewriter is running for President.

“Bernie Sanders is an American hero in my book, but he’s another candidate who has his cardiologist on speed dial.

“I like Mayor Pete, but we must ask the question ‘is America ready to be led by a gay teenager?’ He’s 37 but looks 27…he’s the only veteran who came back from Afghanistan looking refreshed.”

HE to Maher: Yes, I am ready and eager to be led by this particular gay teenager…please.

Maher: “Never underestimate the power of being in people’s living rooms for decades. It’s not the way it’s supposed to be. It’s not the way I’d like it to be. But we live in a post-literate, post-truth, starfucker society, and this is going to be the dirtiest campaign in history.

“No one worries about Oprah being a socialist. I have Nate Silver‘ed the shit out of this, and [Oprah] is the only sure thing winner for the Democrats…no pressure.” 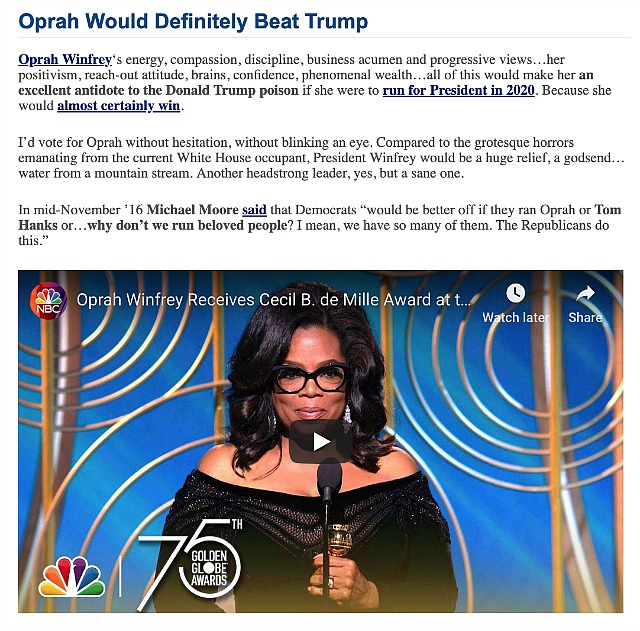