A colleague has heard good things about The Aeronauts (Amazon, 10.25), an historical adventure flick about real-life scientist James Glaisher (Eddie Redmayne) and the fictional Amelia Wren (Felicity Jones) on an epic fight for survival during an 1862 gas-balloon voyage. The colleague has heard it’s “a heavy-hitter spectacle”, and that Jones might emerge as a Best Actress frontrunner. Maybe. His source insists it’s also a contender for Best Picture and Best Score.

The colleague says he’s been told that “around 80% of the movie takes place in the air.” Does anyone believe that? Maybe 40% or 50%.

The colleague also says that Taika Waititi‘s Jojo Rabbit (Disney, 10.18) is “screening very well.” Set in World War II-era Vienna and focused on Nazi persecution of Jews, the dark antiwar satire could emerge as “one of the Best Pic frontrunners after all is said and done.” Or so he’s been told. Because it’s an instructive piece about racism and prejudice. 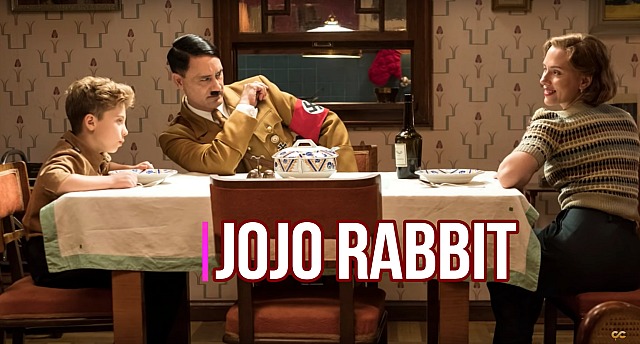 Based on Christine Leunens‘ “Caging Skies,” the story is about Johannes Betzler (called “Jojo Rabbit” Betzler in the film and played by Roman Griffin Davis), an avid member of the Hitler Youth. The plot kicks in when JoJo learns that his parents are hiding a Jewish girl named Elsa (Thomasin McKenzie) behind a false wall in their home.

Pop quiz: Who in HE Land believes that a kid in 1940s Vienna would be called by the English nickname “Jojo“? The first time I heard “Jojo” was in the 1969 Beatles song “Get Back”; the second time was when Richard Pryor‘s Jo Jo Dancer, Your Life Is Calling was released in ’86. “Jojo Rabbitt” sounds like it was pulled out of the same name hat as “Jiminy Cricket” and “Foghorn Leghorn.”

My reply to colleague: Your friend, I suspect, is overly impressionable. I definitely don’t trust him/her…sorry.

The Aeronauts is fact-based, yes, but appears to be a family-friendly period adventure tale a la Around the World in Eighty Days, Up, Night Crossing, Mysterious Island, et. al. As noted, Glaisher’s balloon flight happened in 1862 — Jules Verne‘s Around The World in Eighty Days was published in 1872.

Since peaking with 2014’s The Theory of Everything, Eddie Redmayne starred in a highly problematic Wachowski Brothers film (Jupiter Ascending), gave a gimmicky Oscar-bait performance in The Danish Girl and then did two Fantastic Beasts movies — a family-friendly, Harry Potter-like franchise. 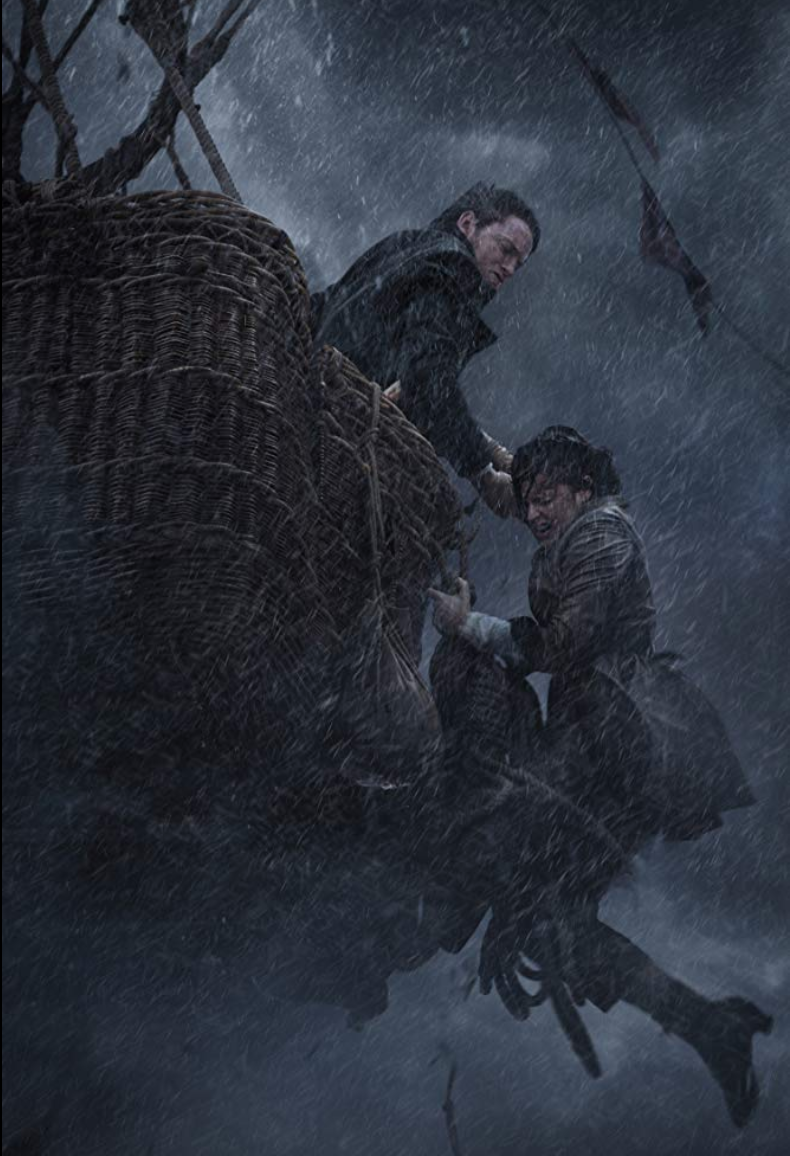 Jones also peaked with The Theory of Everything. Since then she was in A Monster Calls (stinko), Inferno (didn’t see it), Rogue One (decent) and the first-level atrocious On The Basis of Sex.

JoJo Rabbit is a creation of Taika Waititi, a New Zealand filmmaker and sometime actor. His credits include What We Do in the Shadows (’14) and the well-liked and amusing Thor: Ragnarok, in which Waititi also played the character Korg, which he went on to reprise in Avengers: Endgame (’19).