Earlier today Variety‘s Rebecca Rubin and Matt Donnelly posted a story about Amazon’s release strategy for Scott Z. Burns‘ The Report, a fact-based whistleblower drama that I saw five months ago at Sundance.

Set in the late aughts, it’s about real-life Senate staffer Daniel Jones (Adam Driver) investigating, authoring and releasing a massive report on CIA torture, and in so doing exposing Bush-Cheney flim-flammery about the waging of the Iraq War.

The Variety story was fine except for the headline, which described The Report as an “awards hopeful“. That, trust me, is not in the cards. Burns film is plodding, sanctimonious and a chore to sit through — precisely the kind of self-righteous, moral-breast-beating drama that I can’t stand.

Deadline‘s Anthony D’Alessandro posted the same story with a headline that said The Report would be getting an “Awards Season Release.” That, at least, was technically accurate as The Report‘s 9.27 theatrical release date falls within award season. The film’s streaming release will launch two weeks later (i.e., 10.11). 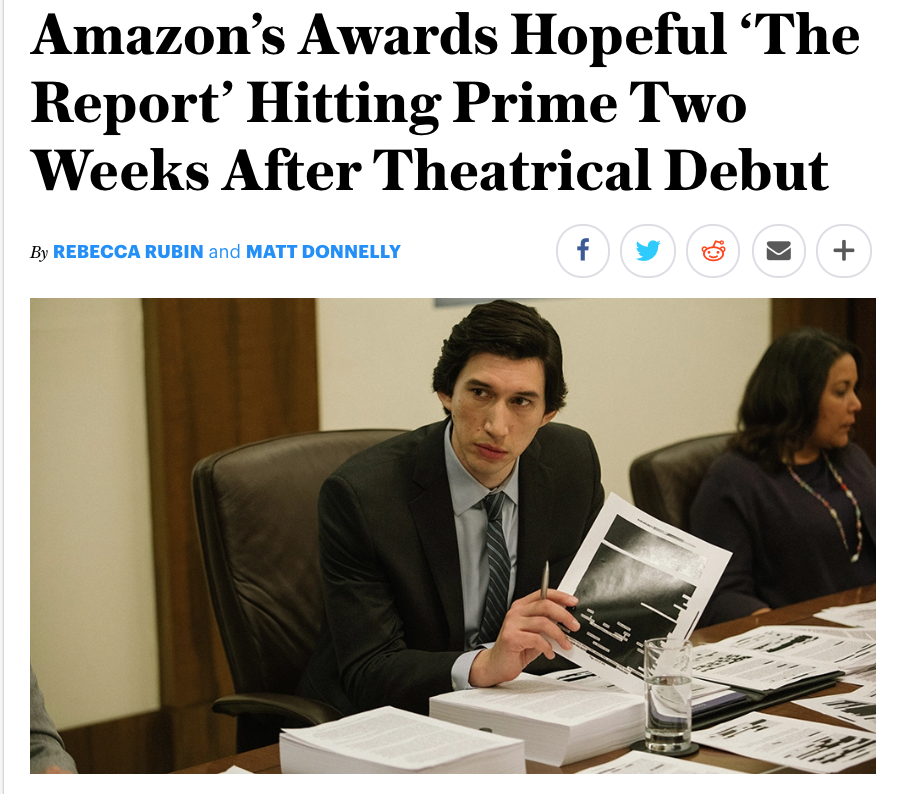