Neil Young’s “All Genres Fade Away”

The basic, boiled down thrust of Owen Gleiberman‘s latest Variety think piece is that while the Big Disney Colossus now owns the two biggest mythologies (Marvel + Star Wars), their franchise value has already been tapped and exploited to near exhaustion. Meanwhile Disney is gorging on their reanimated CG synthetic remakes but where will they go when the well is dry and they’ll have no alternative but to (aagghh, please…not that!) come up with some original 21st Century creations of their own?

The forthcoming Star Wars: The Rise of Skywalker is “the last film whose narrative DNA will be tied, in a fundamental way, to the revolutionary film that George Lucas released in 1977,” Gleiberman notes. “For some of us (and, I believe, for many fans), this series has already dragged on too long, feeding on fumes of nostalgia. The audience response to Solo: A Star Wars Story was not encouraging [and] didn’t bode well for the spinoffs, the divergent byways, the new sagas to come.

“As for Marvel, the end of the Avengers saga is no small thing. Black Panther and Captain Marvel are off to fantastic starts, pointing to a comic-book movie future of triumphant diversity. But if there’s an eternal truth in the film industry, it’s that all genres fade. I’m sure Disney is already planning out their reboots (who will be the new Magneto?), but the magic of the MCU, rooted in multiple overlapping generations of collective comic-book memory, has gone on for a quite a while, and it’s my feeling that it will be a challenge for Disney to sustain it on that level.

“And the [CG] animated remakes? Disney is going through them like chocolate-covered peanuts.” 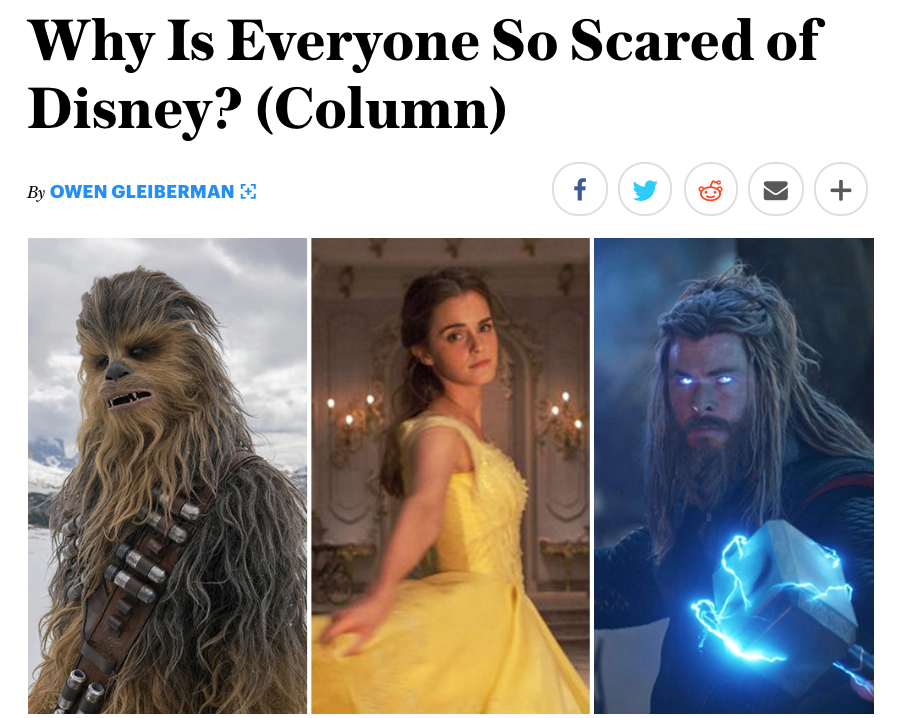 July 14, 2019by Jeffrey Wells22 Comments
« Previous post
Beaks of Doom
Next post »
And Then There Were Five