Yesterday Deadline‘s Michael Fleming reported that four contenders were recently screen-tested for the Elvis Presley role in Baz Luhrmann‘s biopic about the relationship between Presley and Colonel Tom Parker (to be played by Tom Hanks).

I’ll tell you right now that three of them aren’t right. Ansel Elgort (Baby Driver, West Side Story) is way too tall and just doesn’t feel like a fit. (Elvis wasn’t a basketball player.) The 32 year-old Miles Teller doesn’t resemble Presley even a little bit, and couldn’t hope to convince as the young Elvis, who began to catch on at age 20 in 1955. And Harry Styles (Dunkirk) bears no resemblance at all.

The 28 year-old Austin Butler (The Dead Don’t Die, the grubby and psychotic Tex Watson in Quentin Tarantino’s Once Upon a Time In Hollywood) seems the most interesting possibility among the four.

You know who could theoretically rock the role, at least in terms of genetic follow-through? Elvis’s 26-year-old grandson Benjamin Keough, who’s nearly a dead ringer. I’ve no idea if Keough can act or sing or anything, but he’s a chip off the old block.

My all-time favorite Elvis? Kurt Russell in John Carpenter‘s Elvis, a 1979 made-for-TV flick that was well above average. 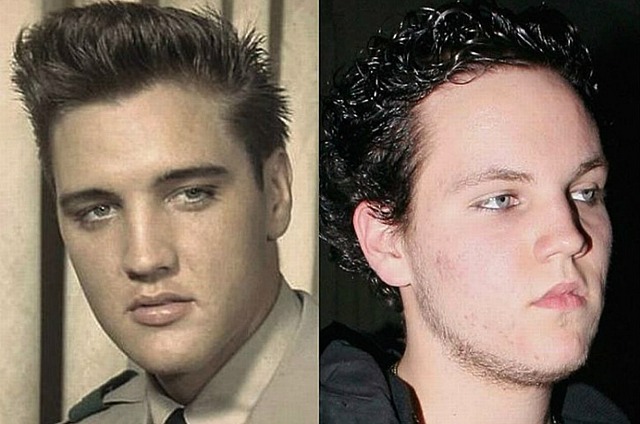