Late yesterday afternoon Kanye West and some pallies showed up at IMAX headquarters to watch what may have been a “James Turrell Sunday service concert experience” doc inside the largest screening room. (IMAX also has a second smaller screening room for overflows.) Did anyone know that Kanye has produced a Turrell IMAX doc? News to me but this is what a Kanye website guy has tweeted. There are plans, he says, to “premiere it across the country”.

In any event the screening schedules of Kanye and a bunch of film journalists and industry savants collided yesterday at said headquarters in Playa Vista.

Who knows what time Kanye’s screening was booked for, but when I arrived at the IMAX facility for a 7pm screening of Todd Douglas Miller‘s Apollo 11, I was directed to an outdoor patio where 70 or 80 tastemakers were gathered. The Apollo 11 showing was being delayed, I was told, because the Kanye crowd was still watching what I later inferred was the Turrell doc, and who knew when it would end? 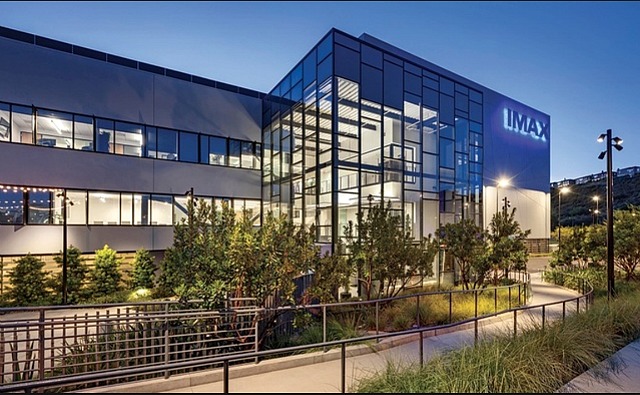 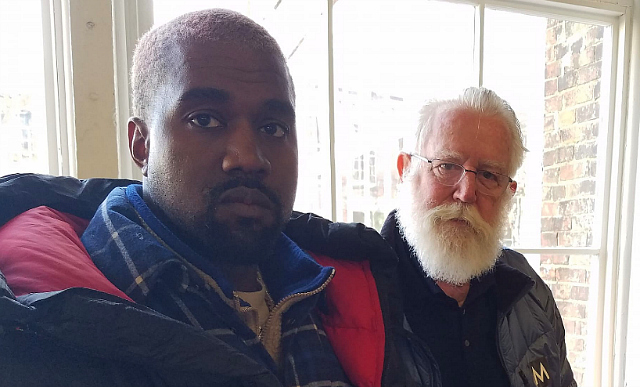 No worries as the patio vibe was cool and convivial and the libations were free. We finally wound up going inside around 7:30 pm (I saw Kanye and pallies exiting as we went in), and after a brief introduction by Miller Apollo 11 started around 7:45 pm. The screening ended at 9:18 pm. An after-party with drinks and hors d’oeuvres followed.

The likeliest reason for the delay was that Kanye, known for his occasionally flaky and eccentric behavior, was late to his Turrell doc screening. (What are the odds of the screening being delayed if a friend of Kanye’s had been late?) Many top-tier celebrities, even those not known for their flaky and eccentric behavior, are often late for this or that appointment. They gradually learn that they don’t have to live by a strict clock and others will always adapt to their whims. (In the late ’90s Robert Redford chaired a small Sundance Film Festival press conference at his Sundance resort, and year after year he was always 15 minutes late.)

If I was the person who agreed to rent the main IMAX theatre to Kanye prior to a major industry screening, I would have factored this shit in. If the Turrell IMAX doc had a running time of, say, 90 minutes, I would have told Kanye that the screening would have to begin at 4 pm, knowing that the screening would most likely begin closer to 4:30 pm or perhaps even a bit later. Even if it started 45 minutes late, it would still be over at 6:15 pm with plenty of time for the Kanye crowd to evacuate before the Apollo 11 crowd arrived.

If I was the IMAX rep in charge of greeting the Kanye crowd and seeing to their comfort yesterday afternoon, I would have told them when they arrived 30 or 45 minutes late that their screening would have to happen in the smaller IMAX theatre because the larger screening room had to be free at 6:30 pm to accomodate an industry crowd that would be arriving around then.

But of course, the IMAX rep didn’t do these things. He/she didn’t insist on a 4 pm screening time or moving the Kanye crowd into the smaller room. Because nobody tells a world-famous hip-hop artist, producer and entrepeneur worth $240 million to adopt or modify his behavior in order to show consideration for others.

Let me hypothesize it another way — it probably seemed less problematic to the IMAX rep to say nothing except “damn right and thanks!” when Kanye’s rep booked the IMAX theatre for (I’m guessing) a 5 pm screening. 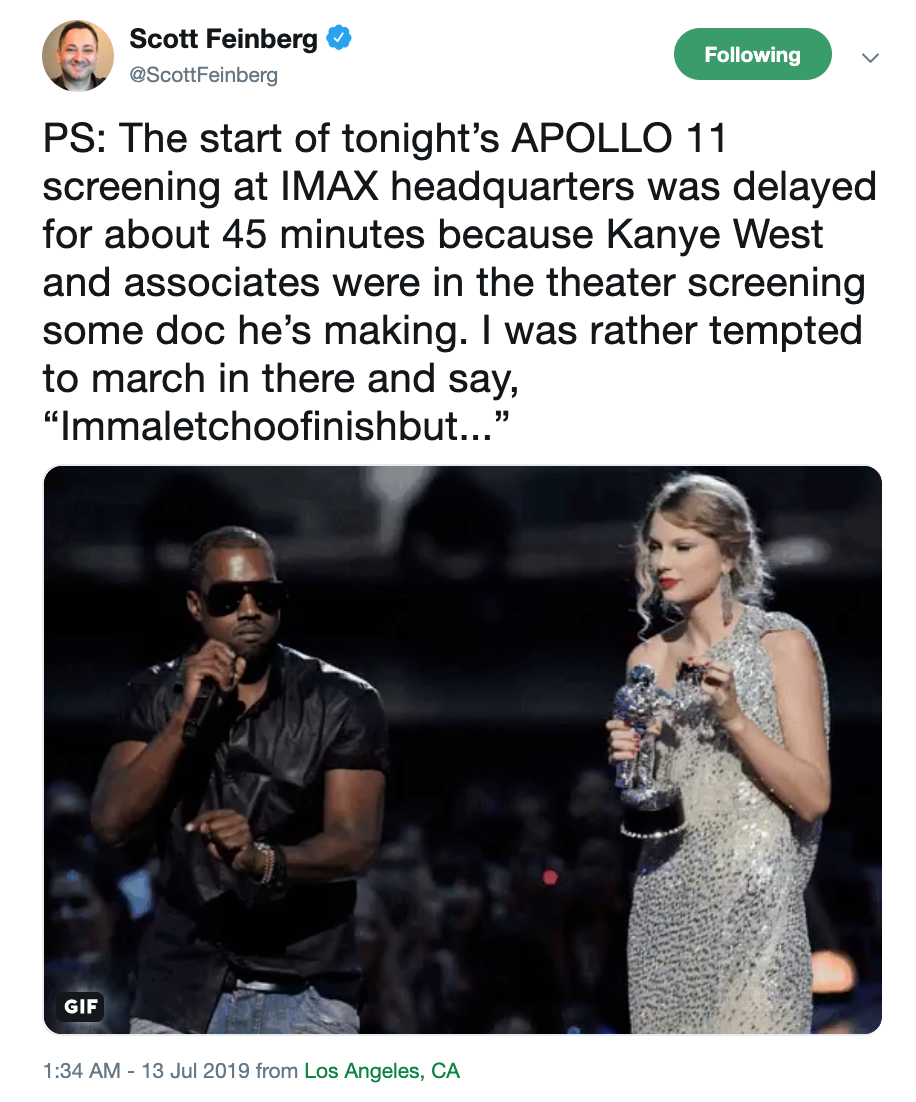