From “Ronald Reagan’s Long-Hidden Racist Conversation With Richard Nixon“, posted yesterday by The Atlantic‘s Tim Naftali: “The past month has brought presidential racism back into the headlines. This October 1971 exchange between current and future presidents [Nixon and Reagan] is a reminder that other presidents have subscribed to the racist belief that Africans or African Americans are somehow inferior.”

The discussion happened after the UN had voted to expel Taiwan while recognizing the Communist government of mainland China. Nixon had led opposition to the measure, but it passed after gaining support among European, Asian and among African delegates. After the vote, members of the Tanzanian delegation reportedly danced in the aisles of the General Assembly. Regan called Nixon to vent.

Reagan said, “Last night, I tell you, to watch that thing on television as I did…”

“To see those, those monkeys from those African countries…damn them, they’re still uncomfortable wearing shoes!’ Reagan quips with Nixon laughing in agreement.

The racist term “monkeys” was used by others in the early ’70s. On 9.24.73 ABC’s Howard Cosell exclaimed “Look at that little monkey run!” He was referring to Herb Mul-key of the Washington Redskins, and particularly his 97-yard kickoff return for a touchdown in the fourth quarter against the St. Louis Cardinals. And don’t forget that in Joseph Sargent‘s The Taking of Pelham 123 (’73), Walter Matthau‘s character referred to a group of Japanese businessmen as “monkeys,” incorrectly assuming that they didn’t speak English. 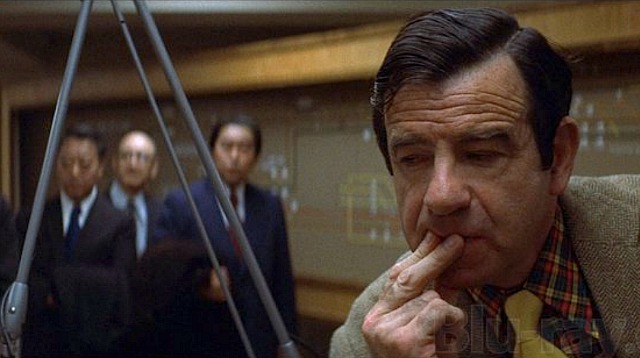