The opening day of Todd Phillips‘ Joker is less than three months off. Specifically 11 and 1/2 weeks. All over the world. Hence the Empire cover.

“I can’t be the only one who’s had it with Warner Bros. opportunists constantly returning to the same old drafty barn to milk the same old cow.

“30 years ago everyone thought Jack Nicholson had knocked it out of the park with his giggling creepo. But along came Heath Ledger’s version in 2008…the best, the absolute summit, the most delicious and diseased. And then eight years passed and the Joker was back in the form of Jared Leto…c’mon! And now a fourth version is upon us, and I’m not even thinking about Ceasar Romero.

“The Joker script (co-written by Scott Silver and co-director Todd Phillips) is an origin story, but Joaquin Phoenix was 43 or 44 years old when they shot it last year, and with his constant cigarette-smoking Phoenix looks at least 49 or 50. Who ever heard of an origin story performed by a weathered, somewhat haggard middle-aged guy with an embalming-fluid complexion?

“It’s one thing to be a tormented Donnie Darko as a child, a teenager or even an early 20something, but a 40something who’s nudging the big five-oh? And how does a mopey loser who’s been putzing around for 45 years…how does this guy suddenly morph into a notoriously demonic crime king?” 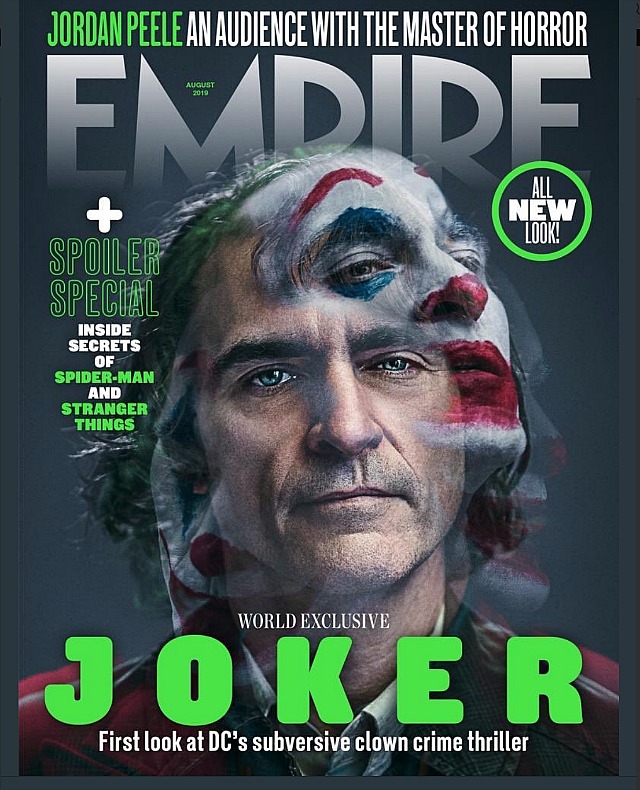