Wokesters to Jorge: “Not Cool, Bruh!”

I’m told that an emergency video conference was called earlier today by some major Los Angeles-based wokester Stalinists to discuss the betrayal of Mexican heritage by animator Jorge Gutierrez, not to mention his repugnant embrace of wokester pariah Quentin Tarantino. The conference was audio recorded. Here’s an excerpt:

Wokester #1: “Gutierrez obviously has to be cancelled…we have to ruin his life, make him unemployable, run him out of town. But we can’t do this without assistance from top-tier animation producers. Who can we call to help us in this regard?” Wokester #2: “I agree 100% that Gutierrez needs to be cancelled, but I’ve already spoken to a couple of animation producers and they don’t share our views.” Wokester #1: “What?” Wokester #2: “I was surprised also, but that’s what they said. In fact, one producer said we’re assholes for thinking this way, and that we should grow a sense of humor.” Wokester #1: “What producer? Let’s cancel him also!” 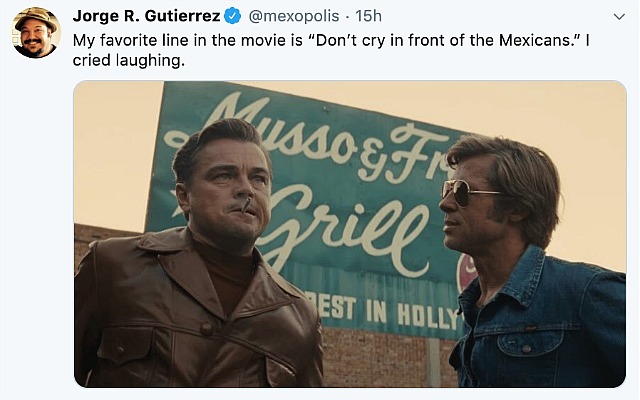