Tatyana had never seen Alexander Payne‘s The Descendants, so we watched it the night before last. I was so glad we did. It’s almost eight years old now (having opened on 11.18.11), and quite the comforting, mature, finely-aged bottle of wine. So well written, so family-friendly in a non-puerile way, and so well acted by everyone, top to bottom. George Clooney was slightly better in Michael Clayton, but he was awfully good in this. Not to mention Judy Greer, Robert Forster, Shailene Woodley, Matthew Lillard.

I was so angry that The Artist (a gimmicky trifle that no one cares about now) won the Best Picture Oscar in early ’12, and I’m still flummoxed by that. What were people thinking? The New York Film Critics Circle gave it their Best Film and Best Director trophy…shame on you! Nobody has even thought about this damn film for the last seven and a half years, and you guys thought it was just wonderful. You were on your knees. Philistines!

The winner should have been either The Descendants or Moneyball.

The Descendants, The Artist and Moneyball aside, seven 2011 films were nominated for Best Picture — Extremely Loud & Incredibly Close, The Help, Hugo, Midnight in Paris and War Horse. Only one of these films matters now — i.e., the Woody. I wouldn’t watch War Horse with a knife at my back now. (I had a rough enough time with it initially.) I mostly hated Hugo; ditto Extremely Loud. The Help….meh. 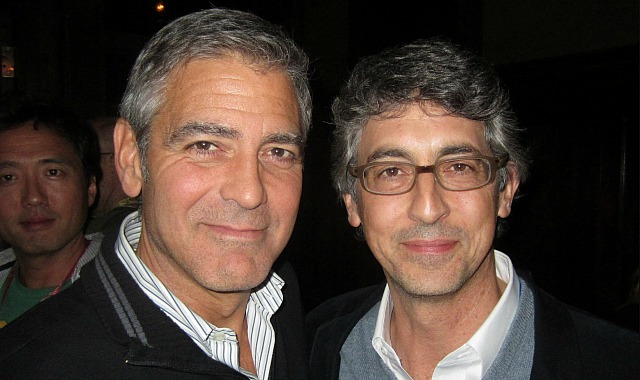 Here are six or seven tweets about Alexander Payne‘s The Descendants from late this afternoon:

#1: “The Descendants, a Hawaiian family drama about death and letting go and waking up, is deep and real and true to life.”

#3: “The first Telluride showing if The Descendants just broke, and I KNOW when I’ve seen a drama that doesn’t try too hard but sinks right the fuck in.”

#4: “I for one love the abrupt, subtle tonal shifts between straight drama and whaddaya-gonna-do, throw-up-your-hands, low-key comedy. Perfect.”

#5: “I read a draft of The Descendants in which George Clooney’s comatose wife comes back from time to time and hashes things out with him.”

6:: “That’s not what happens in the film, I should immediately point out. The way the film plays the emotional cards seems just right to me.”

#7: “So Best Picture contention, Payne for Best Director, Clooney for Best Actor and Shailene Woodley, as Clooney’s older teenage daughter, really delivers also, so maybe some action for her.”