Barbera With A Target On His Back

“Maybe we should all be like Venice — just ignore everything you journalists and the PC media say with regard to gender equality and Netflix and do whatever we want, and then sit back and hear how we are the best festival in the world.” — the honcho of a major, big-deal festival, speaking to The Hollywood Reporter.

Most engaged, here-and-now, top-tier film festivals are playing ball with p.c. progressive agendas these days. This means “going Sundance” however and whenever possible, which is to say (a) programming as many reasonably good films as possible that have been directed by women, POCs and gays, or otherwise programming with an eye towards p.c. quotas, (b) selecting as many “instructive” films with diverse subject matter as possible, and (c) not exactly frowning upon films directed by straight white males but being careful to limit their inclusion, depending upon the quality of their relationships with well-positioned progressives in the filmmaking and film-festival community.

It goes without saying that films directed by men with checkered or otherwise troubling pasts (Roman Polanski and Nate Parker being two) need to face the strongest possible scrutiny if not out-and-out prohibition. 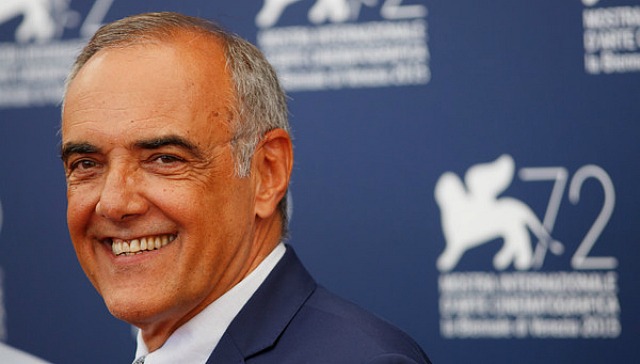 It also goes without saying, and certainly in the wake of an 8.23 Hollywood Reporter article titled “‘Completely Tone Deaf’: How Venice Became the Fuck-You Film Festival” by Scott Roxborough and Tatiana Siegel, that Alberto Barbera‘s Venice Film Festival has mostly been ignoring these rules, certainly in terms of quotas and flagrantly by inviting Polanski’s An Officer and a Spy to screen in competition, and by slating Parker’s American Skin in the (noncompetitive) Sconfini section.

The thrust of Roxborough and Siegel’s article is that industry progressives regard Barbera as an obstinate, convention-defying dinosaur and that in a perfect world he would be cancelled and then banished to Kathmandu for the rest of his life.

The basic impulse of many p.c. types is to silence if not exterminate all agnostics or aetheists in the conversation. Roxborough and Siegel certainly have their ears to the train tracks in this regard.

However, there’s one small consideration that Roxborough and Siegel seem to be ignoring, and that’s the remote possibility that Polanski’s An Officer and a Spy or even Parker’s American Skin might be — am I going to get in trouble for saying this? — good. As in worth seeing and discussing, at the very least. Hell, one or the other might even be very good. Or even, God forbid, excellent. That’s certainly a possibility as far as the Polanski film is concerned. Or even, to be liberal about it, in Parker’s case.

The underlying point of the Roxborough-Siegel piece is that the people they’ve interviewed — Women and Hollywood founder Melissa Silverstein, Swiss Women’s Audiovisual Network co-president Laura Kaehr, Toni Erdmann producer Janine Jackowiski plus an unnamed female filmmaker — and perhaps even Roxborough and Siegel themselves are not rigorously concerned with matters of cinematic quality.

What concerns them is progressive tokenist statements by way of festival representation, and how inviting Polanski and Parker to Venice represents a slap in the face to #MeToo and #TimesUp. Which it arguably does in a certain sense.

If I were calling the shots I would bend over backwards to include as many worthy films from women, POC or gay directors as possible, within the limits of good taste. But I would insist on not programming any film on the basis of quotas alone.

Excerpt: “In an era when Hollywood has little tolerance for talent swept up in a #MeToo scandal — as when Amazon dropped Woody Allen‘s A Rainy Day in New York amid resurfaced allegations from his daughter Dylan Farrow that he molested her when she was 7 — and even notoriously macho Cannes has made strides with female award winners, Venice stands alone as the last major un-woke film festival.”

HE response to above paragraph: Woody Allen has contended in his lawsuit that Dylan’s accusation is “baseless,” as the facts overwhelmingly indicate. Alas, Amazon execs didn’t care about the facts and history or the holes in Dylan’s account or Moses Farrow’s May 2018 essay or anything else.

Great Jackowiski quote: “You can see how in America, if you don’t play by the rules, you’re out. Here in Europe, there’s still the idea of the ‘genius’ who is allowed to do anything and should be celebrated for it.”

Transpose this quote to the early to late 1950s, and imagine a conservative-minded European producer saying it: “You can see how in America, if you had associations with communism in the 1930s, you’re out. [But] here in Europe, there’s still the idea of the ‘genius’ who is allowed to do anything and should be celebrated for it. Jules Dassin, for example, is allowed to make films in Europe despite his commie-agitator background.”

Jackowiski explains that “she isn’t calling for a ban on films from ‘problematic’ men but says ‘the issues surrounding them should be discussed, and their films should be seen in that context.'” Fair enough.