Billionaire pedophile sex trafficker Jeffrey Epstein killed himself last night inside NYC’s Metropolitan Correctional Center. He reportedly hanged himself. He had tried to do the same thing a couple of weeks ago, and this time he got it done.

Everyone, of course, is thinking variations of the same thought — fine, an apt conclusion, just desserts, ever thus to monsters who prey upon children.

Every act of suicide is, of course, a statement about where a person was at before committing the deed. There are two logical inferences that could be drawn from Epstein’s death — one semi-human and one slightly less so.

The semi-human statement that Epstein might have made last night was “I have been a vile serpent and I know it, and this is my way of saying to the world and my accusers and especially my victims that I agree with you, and that there’s nothing I can do or say to mitigate the ugly, and so I’m executing myself.” The slightly less human statement, if applicable, was “my life is over, and as much as the world believes that I deserve to endure penal degradation for the rest of my life and without offering comment about my obvious guilt, I’m simply not doing to do that…strangulation by bedsheet is better than 20 or 30 years in the slam.”

I suspect that Epstein’s motive was probably a combination of the two.

The conspiracy theorists seem to be saying that the guards charged with enforcing an Epstein suicide watch were paid to take a coffee break or otherwise look the other way. Maybe. 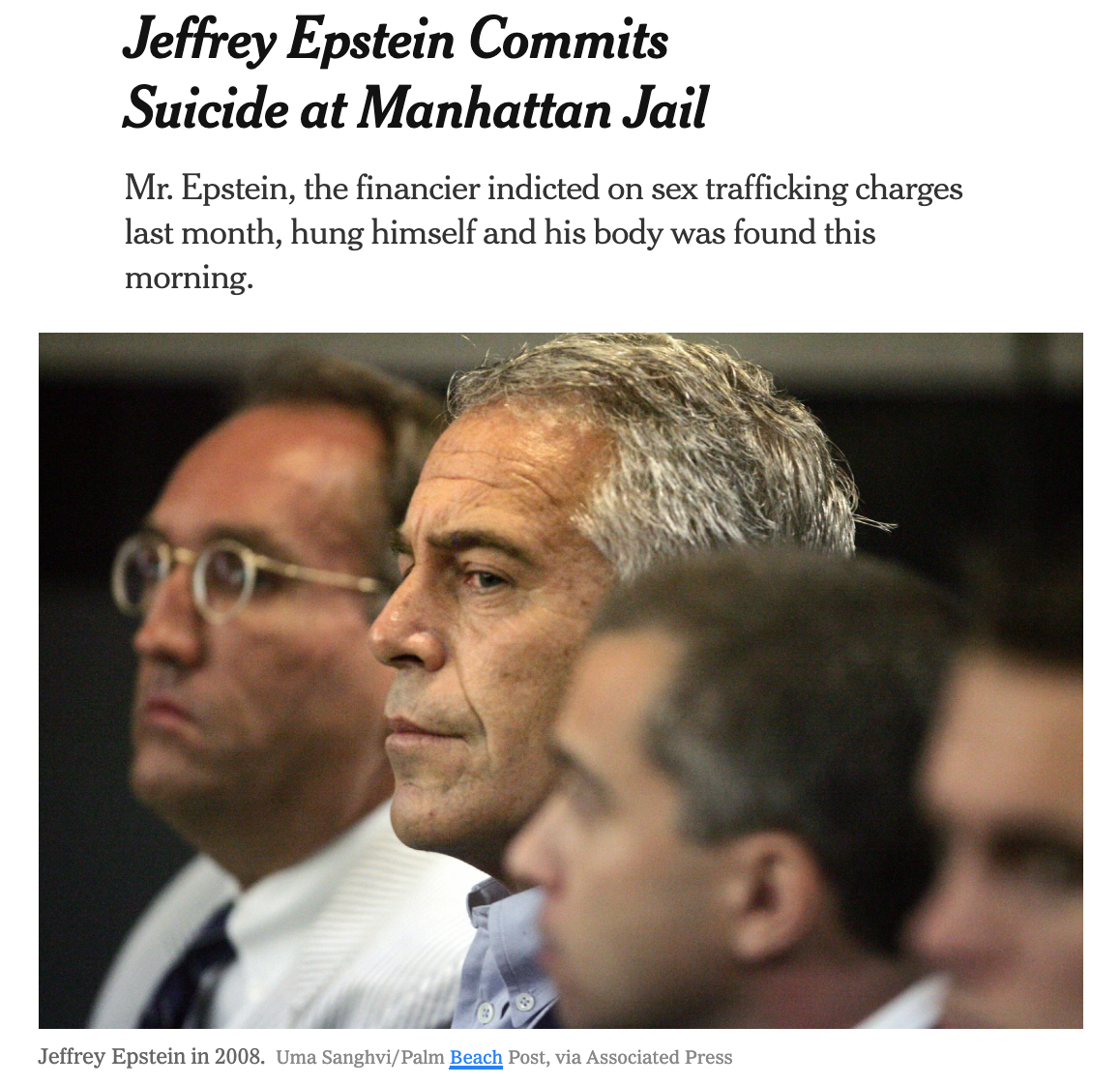 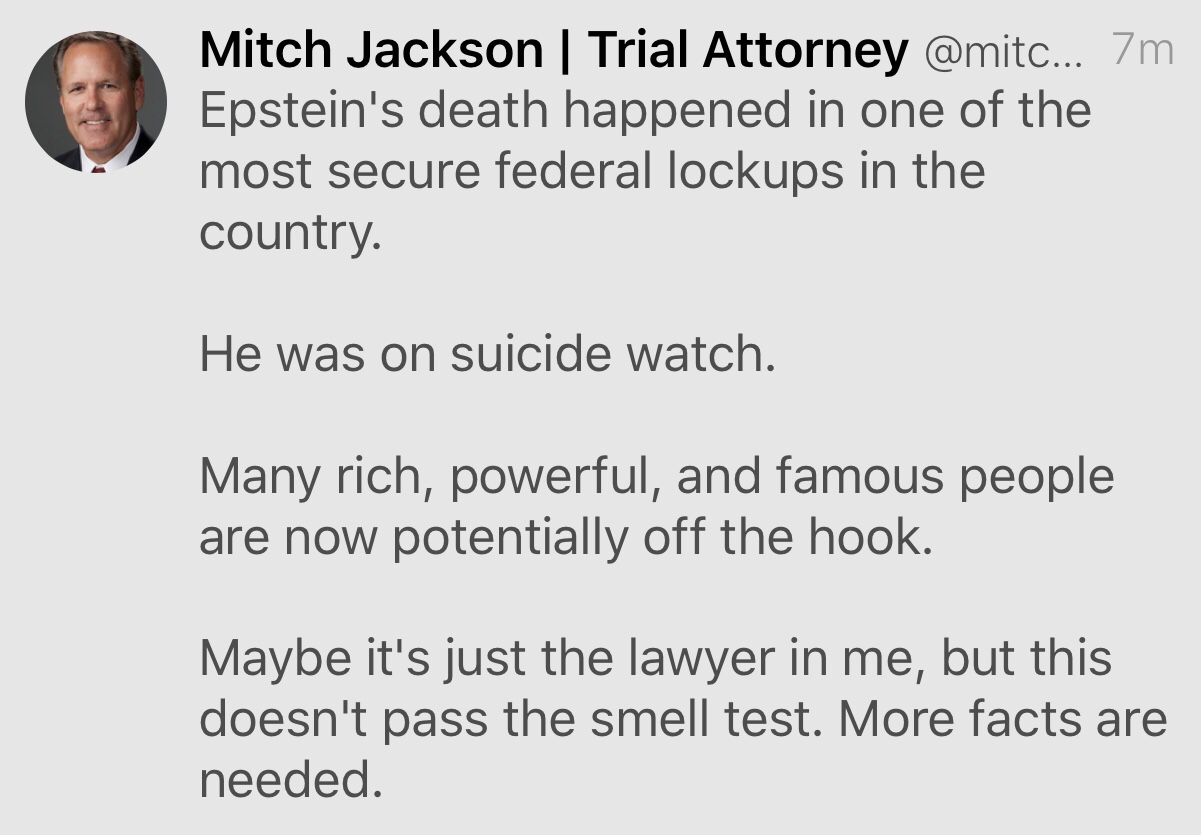